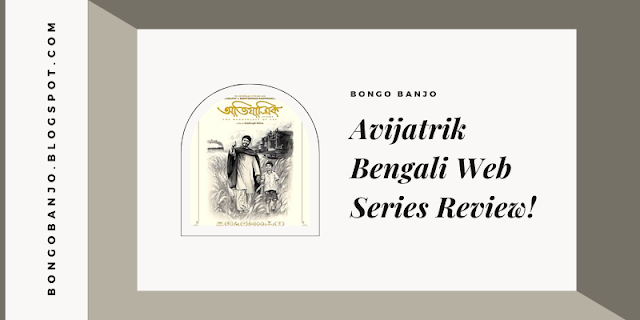 Hello, Bengali movie fans today our topic is Avijatrik Bengali Movie Review. What is ‘Avijatrik’ like in black and white?

Where Satyajit Ray ended 'Apur Sansar', Shuvrajit Mitra did not catch the thread of 'Avijatrik' from there but did. Time is running out. Apu's career was cut short, he left for Varanasi with his child.

At that time there was an unbroken bond between father and teenager. On the way to Varanasi, he suddenly met his old lover Leela (Arpita Chatterjee). She was then a widow.

Ray dropped the topic of this Leela from the movie 'Apur Sansar' even after shooting a bit. Loyal to Bibhutibhushan's composition, Shuvrajit has presented Apu-Leela's lost love in a twist of beautiful nostalgia and sadness. That is why this part saddens the heart of the viewer. The presentation of the scenes is very sincere.

Then the trip to Varanasi with Kajal, the memories of visiting old places come back. Somewhat travelogue type illustration, but quite smooth, smooth presentation. The use of location is also excellent. When you see that old alley or the place where your father died, the viewers will remember the heartbreaking moment of that pigeon flying.

Vikram Ghosh's composition touches the heart in these scenes. It is here that the young Apu met Shankar, who was travelling the world. Invited to tour the world.

Apu doesn't want to leave Kajal even if he wants to. Once he returned to the abandoned village of Nishchindipur. The house is almost gone. But there is cousin Ranu (Srilekha Mitra). It is as if Apu finds the lost Durga is Ranu. 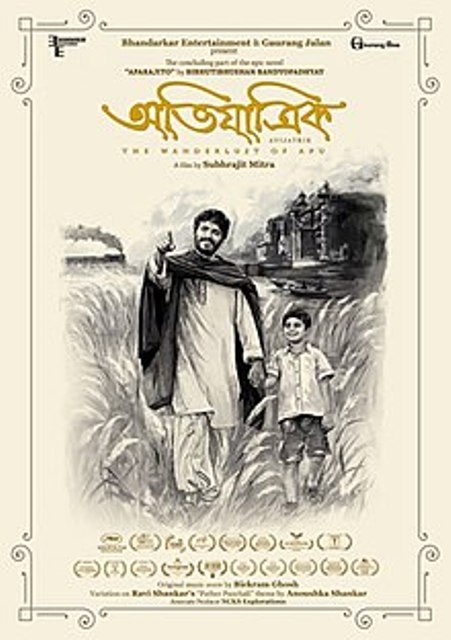 Kajal also became much easier in that rural environment. Standing on the ground of the past, Apu can realize his roots. Is the soil tension easily removed? Can't go The lively moments of the film ‘Avijatrik’ are also made here.

With great sincerity, Shuvrajit brings to the big screen the art of rediscovering himself in Apu's loneliness and loneliness. The moment when Apu-Kajal left the village could have been the most lively and at the same time the last moment of the sad widow.

But, Shuvrajit's screenplay will make Apu a partner in that Wanderlust! So he sent her on a journey again. He also showed the description of that trip. This is where the rhythm fell. The picture became unnecessarily long.

The artist has to know where to stop. Otherwise, the industry is apostate. The ‘Avijatrik’ turned out to be a beautiful picture but it was not perfect just because of this balance.

The music of Vikram Ghosh and Anushka Shankar has enriched the film "Avijatrik". Black-and-white photography has also recognized the artistic religion. Arjun Chakrabarty has acted in his style in the role of Apu. He also understood the legacy of the legendary Soumitra Chatterjee. Well done.

Arpita Chatterjee as Sick Leela is sick. His characterization is so normal. Shankar, who travels the world, has become a Sabyasachi. Fine. Sreelekha Mitra in the role of Ranu did not seem to be very fluent, relaxed, acting.

One thing caught my eye. Arranged scenes of Swadeshi protesters being shot by police on the streets of old Kolkata. Made in a very raw way. Otherwise, Shuvrajit's screenplay is quite tight.

There is also an impression of skill in the delivery. Only if you could handle the last bit. Lastly, I would like to thank the producer Gouranga Jalan for standing behind a clean Bengali film. Gouranga and Madhur Bhandarkar took the tradition and legacy of their organization a few steps further.