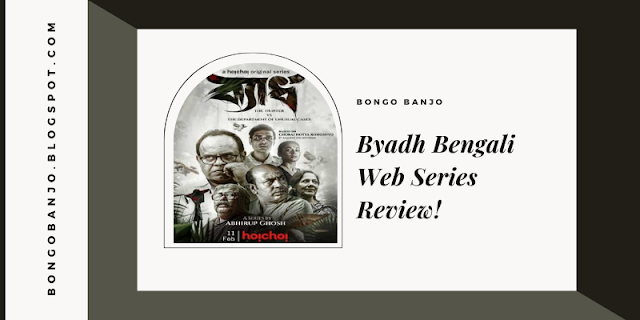 Director Abhirup Ghosh attempts to tell a narrative about animal abuse, but this Hoichoi original series fails to make an impression.

Byadh Web Series Story: In The Sparrow Killer, the Department of Unusual Cases discovers an unusual case. They strive to track down the ruthless assassin, who has a motive for murdering the helpless sparrows. The narrative also carries a message for the audience.

Byadh Web Series Review: Byadh (The Sparrow Killer), based on Rajarshi Das Bhowmik's novel Chorai Hotya Rohoshyo, may have been an intriguing notion. Director Abhirup Ghosh attempts to tell a narrative about animal abuse, but this Hoichoi original series fails to make an impression.

The cinematography, as always, takes the cake. The way all of the scenes are put together will keep your attention.

Anirban Chakrabarti, a sophisticated Bengali gentleman, exudes a similar atmosphere. Sure, he's terrifying, but the actor also handles problems calmly, which is surprising given how he's presented. 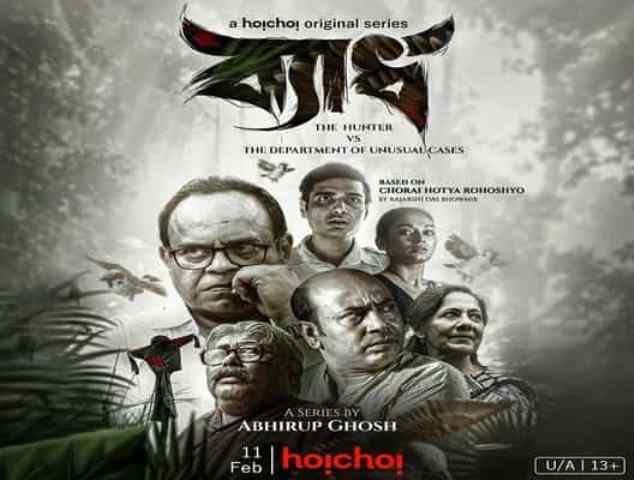 Rajatava Dutta's entry, on the other hand, is funny. He is the head of the 'Department of Unusual Cases,' thus he is everything but ordinary. He adds to the intrigue of the series.

The action sequences are excessively sluggish, to the point of making you snooze. Furthermore, the camera position for these photos detracts from the scene's remaining appeal.

In the series, there is a scene that depicts animal brutality. While the scenario already seems forced, the leading actor at the moment is unable to convey the emotion associated. His anger simply appears mechanical which does not help you grasp the emotion as you should be.

The much-anticipated clash between Anirban and Rajatava is likewise tepid at best. You anticipate a lot from them based on their personalities, yet you receive nothing.

Shouvik (Souman Bose) is supposed to run to Kanai (Rajatava) when he sees him in the fields. He merely yells out his name instead (in vain, obviously).

Anirban (Bishu) expresses his enthusiasm for the initiative in his unique way. He speaks something we've been hearing from the beginning of the series.

The conversation is well-placed, but it doesn't exactly leave you surprised or enraged as it should. As a result, Byadh just touches the brim and then releases it entirely.

Our Opinion: Byadh fails to deliver on the story's promise. Given the idea, Anirban Chakrabarti's performance might be fantastic, but it only scratches the surface before forgetting what it was trying to say. You won't miss a thing if you skip this series.