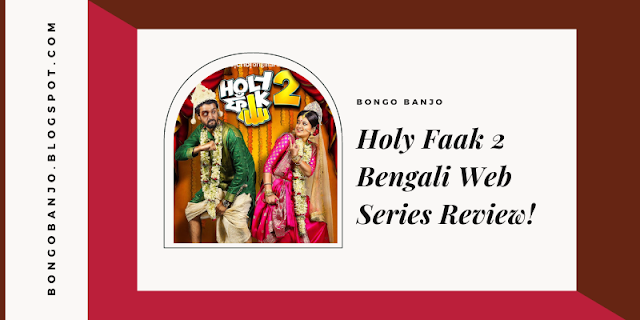 Diya and Indra had a tumultuous breakup when Diya decides to marry a man chosen by her father. Meanwhile, the newly created connection between Indra's and Diya's grandparents provides the catalyst for their grandchildren to reunite as a couple.

There are six episodes in the second season of Holy Faak. Soumya Mukherji, Anamika Chakraborty, and Paran Bandopadhyay appear in this Bengali adult drama web series. Debaloy Bhattacharya designed it.

Soumya Mukherji and Anamika Chakraborty star in the Bengali Adult-Drama online series Holy Faak. It's presently available to watch on Hoichoi and Youtube. 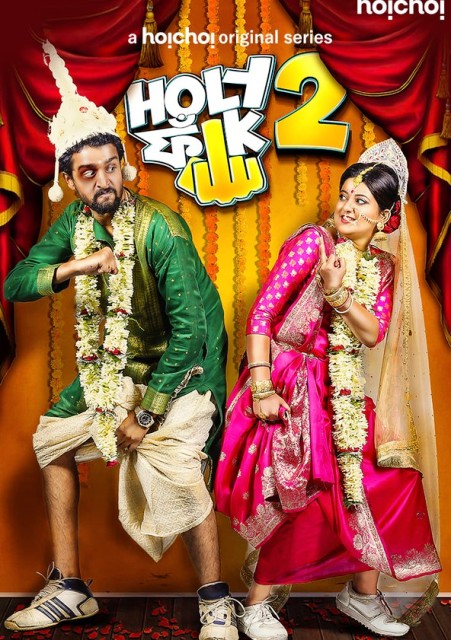 Debaloy Bhattacharya, who has previously developed shows like Dupur Thakurpo, Bou Keno Psycho, and Montu Pilot, as well as films like Teen Cup Chaa, Dracula Sir, and Roga Howar Sohoj Upay, is the creator of the series.

It's time for Diya and Indra to face the surprise of their lives, that is even more shocking than discovering each other as bride and mate.

While trying to fix the situation, Indra and Diya fall mark to Amit and Labanya's current relationship status. The ex-lovers are now brother and sister.

The inaccuracy in Labanya's behavior as a newly-wed bride arouses suspicion among youngsters. Are the grandparents plotting something?

Indra and Diya choose to team up in order to churn out the truth from Amit and Labanya. Will it bring back the lost passion between them?

While the youths are at a tug-of-war with their grandparents in order to hunt for the truth, love has taken the front seat for Indra and Diya.

Diya tries to trick everyone by telling she is pregnant and Indra is the father. Is she lying or is it for real? The finale episode of Holy Faak 2 has the answer.