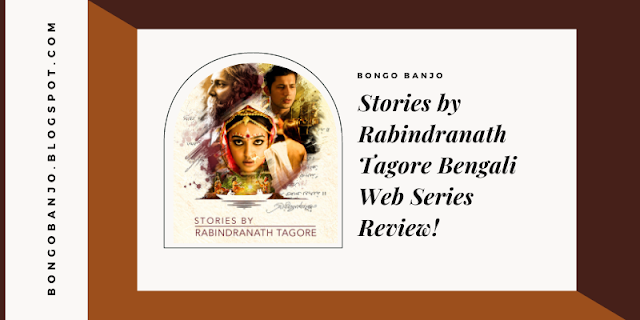 Now Hoichoi, a famous OTT platform, has streaming a Nobel laureate Rabindranath Tagore's short stories for the tiny screen. 'Stories by Rabindranath Tagore' is an episodic television show that features famous Tagore stories such as 'Chokherbali' and 'Charulata.'

The web series, which is based on Rabindranath Tagore's novel of the same name, premiered on July 6 and airs on Mondays and Tuesdays at 10 p.m.

'Stories by Rabindranath Tagore' is set in undivided Bengal in the early twentieth century. They are set in a politically tumultuous period in Calcutta, where the characters arrive from a variety of rural, socioeconomic, and cultural backgrounds to help usher in a new world. It's worth noting that Tagore's female characters are nearly always risk-takers who defy the family and society standards.

The web series "Stories by Rabindranath Tagore" will telecast some of Tagore's masterpiece stories including 'Binodini', 'Charulata', 'Atithi' and 'Kabuliwala'.

Anurag Basu, the director of the film "Barfi," is in charge of the production. Surprisingly, Basu intended to make this show ten years ago, but it never happened. Anurag Basu has been influenced by Tagore's stories.

Although the stories were written 150 years ago, Anurag Basu believes that everyone will be able to relate to them since Tagore was ahead of his time. The show is a great marriage of Tagore's words and Anurag Basu's visuals, transporting you to a confusing yet beautiful world in nostalgic old Bengal, where women took daring steps in difficult situations. 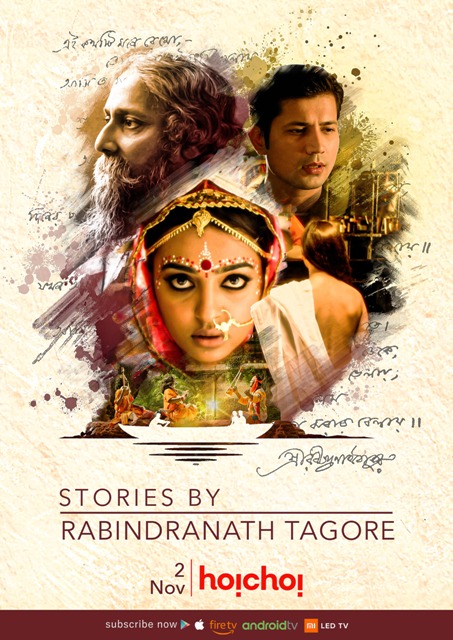 Chokher Bali (It translates as a speck of sand in the eye that causes excessive pain and annoyance.) Rabindranath Tagore's Bengali novel Chokh (which means "eye" in Bengali) is about a sand grain.

The plot revolves around Binodini, played by Radhika Apte, a young widow who refuses to be consumed by societal rules. She defends her freedom to pursue her ambitions. Binodini's personality is bleak but refreshing at the same time.

Binodini, a young woman exploring her sexuality, attracts everyone's attention with her seductive charms and strong-willed personality. The plot revolves around the complexities of love, passion, sex outside of marriage, marriage, and desire.

Noshtonir is set in late-nineteenth-century Bengal and tells the storey of the 'Bhadraok' or Bhadra Lok? bongs, who were part of the Bengal Renaissance and heavily influenced by the Brahmo Samaj.

Charulata (Amrita Puri), a lonely housewife in Calcutta, lives a luxurious and indolent existence. Bhupati, her always-busy journalist husband, has little time for her, so he invites his cousin Amal to entertain her. Charulata makes a connection with Amal, who incites Charu's ardent impulses, and Bhupati recognises what he has lost.

Tarapada, a young Brahmin, is a restless boy. He frequently wanders away from home and embarks on numerous adventures, much to the chagrin of his mother and fellow townspeople.

He says he has run away from home during a boat sail with the village zamindar (landlord). The Zamindar adopts him out of pity. Charusashi, Zamindar's envious daughter, refuses to let him into her home.

But, soon, they are drawn to each other and love blossoms. Zamindar finally marries his daughter, but the ceremony does not take place, and Tarapada flees once more. After that, we'll have to wait and see what happens.

Gopinath, the son of a wealthy zamindar, falls out of love with his wife Giribala. He falls in love with Labongo, a dazzling theatre actress since he is frustrated.

When Gopinath's wife learns of his affair, he becomes enraged and beats her up, kicking her out of the house. Later, he marries the seductive Lobongo. After some time, Gopinath learns that Labongo has been replaced by a new attractive actress who has entered the theatre group.

Gopinath's curiosity gets the best of him, and he goes to see the performance, where he is astonished by what he sees when the curtain rises. Let us wait for the tale to air to find out what he witnessed next.

Outside of Bengal, Kabuliwala is one of the most popular Tagore stories. Kabuliwala is a simple storey about a bittersweet friendship between Abdur Rehman Khan, an Afghani immigrant and dry fruit trader in Calcutta, and a little girl Mini, whom he imagines being his own child Amina, who has been left behind in Kabul.

The lovely bond between Rahmat and Mini will draw you into the storey and make you experience it. But fate has a cruel twist in store for him when he is incarcerated for ten years following an unpleasant brawl with a man.

When Rahmat is released from jail after ten years, he goes to see Mini and discovers that she has grown up and is ready to marry.

Sheraton, Tagore's literary language, is in situ, and no time constraints may be imposed. Only a few writers can match them in terms of the quantity of point-of-view compositions.

More than a thousand poetry and songs were written by him, and he composed over two thousand of them. Also included are stories, novels, dramas, religion, education, politics, and various literary essays. His children's books are also of excellent quality.

They also had a guitarist, an actor, a singer, and a magician. Their song would not begin in Bengal today if there was no ceremony. He composed songs that are the national anthems of two countries, one of which is India and the other in Bangladesh. His fame is a renewable resource.

Overall, I believe it's an intriguing watch in terms of the work that was supposed to be represented. I'd give it a 9 out of 10 for doing what it set out to do. This would be a good one to use if you want to perform some exploratory inspection on many types of probable relationships through a work of art.