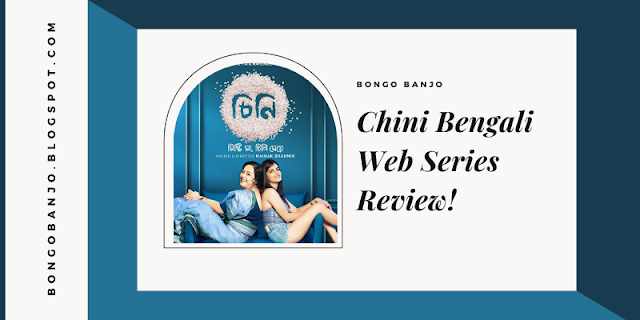 The story of "Chini" tells mom and daughter's relationship. Misti (Aparajita Auddy) and her daughter Chini (Madhumita Sarcar) relationship are not as usual as with other Bengali families.

‘Welcome Back’ across the multiplex screen. The post-lockdown time seemed to make it more clear what the fun of watching movies on the big screen is.

That joy is doubled, if the film is to fill the mind. Along with other Hindi and English films, director Mainak Bhowmik's 'Chini' also appeared in theatres at Christmas, much like a Christmas cake. Which is a little less "Chini" (sweet)!

Mainak tells the story of mother and daughter. The relationship between Mishti (Aparajita Adhy) and her daughter Chini (Madhumita Sarkar) is a little different from that of the other five Bengali mothers and daughters. 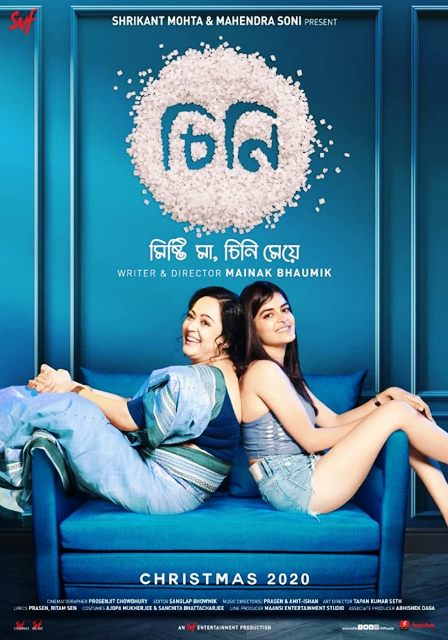 And the man who is surrounded by the roots of that relationship, even though the man is gone, his invisible presence still covers the whole house like a shadow.

Chini can't live in the house, the house that ended up in hell because of her father's oppression. Chini live-in with Sudip (Sourav Das). Write the ad tagline in the office, listen to the boss's crooked words, go to the therapist for counselling. There is no peace in Chini's life. His mother also wants to find a way to be better.

The well-known sorrows and well-known happiness of the millennials have been highlighted in the film. The director has also handled the familiar disputes of two generations.

The mother who used to hit the girl while eating non-vegetarian food in the kitchen said that it would be different. She has a very good relationship with her daughter's live-in partner.

Her restless childhood is cited as the cause of Chini's hesitation about her relationship with her mother and boyfriend. His reference comes from the words of Chini or his mother, which, like Chini's lover, reaches the audience too late.

There are some highly anticipated twists in the story, such as raising a child's hand against an abusive father and eventually catching a deadly disease, which is not very shocking.

The sadness, anger or pain of the main characters is all over the picture. However, the question remains as to how much the audience can be united with him.

Aparajita Addy is found in the film in her familiar form, which is exalted in some cases. Madhumita Sarcar is good at emotional scenes, elsewhere a little over smartness has overshadowed her innate acting ability. Though he got less opportunity than that, Sourav Das drew attention to his smooth acting.

I like the song of the film, especially the song 'Tomar Chokher Shitalpati' sung by Lagnajita Chakraborty. The camera doesn't go out of the four walls, which is a bit tiring.

However, it is nice to see the rain scene in the Christmas atmosphere. The familiar taste of Mainak's picture is also maintained in this film. If only the sugar (Chini) was measured, it would be better!