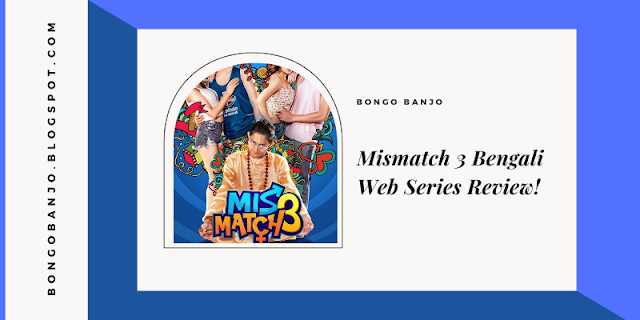 Mismatch 3 is an Indian Bengali web series streaming on OTT Platforms of MX Player and Hoichoi. It is the third season of the Mismatch web series. It is an adult comedy with romance web series The series starring Rachel White, Rajdeep Gupta, Abhishek Singh, and Paayel Sarkar. 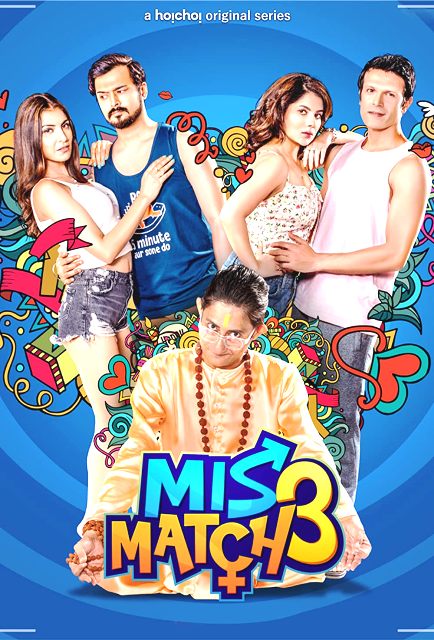 On 18 September 2020, Hoichoi released the third season of Mismatch with brand new five episodes. You can watch the webs series in MX Player for free. The "Mismatch 3" Bengali comedy web series is directed by Soumik Chattopadhyay, later on, which was also dubbed in Hindi.

Mismatch 3 is adult comedy web series. Mismatch Season 3 is stretching the same concept of having sex with another partner. The story begins with two couples (First Couple - RK and Nibedita & Second Couple - Sukanya and Imtiaz).

Both couples are facing sex-related problems. For the First couple, Nibedita has the problem of moaning during sex. For the second couple, Imtiaz has hallucination problem during sex because he hallucinates that there are some naked watching him during sex.

To resolve their problem they visit Milan Baba in his Asharam where he tells to swap their partners. Couples do agree with it and get swap and after the one-day introduction of, they have pleasure sex. This part of the web series seems to be unrealistic as it is not so easy to grab a person for sex on a one-day introduction.

In the end, everyone gets to know that Baba was a fraud, he sells adult videos of the people who come to visit them.

RK regrets Nibedita's inability to moan, and Imtiaz his nude painter's wife. How will they spice up their sex life is elaborate here.

The boring sex life pushes couples to the verge of separation. But there's a solution to the rescue.

Milan Baba provides a one-stop solution for spiced up sex life. But what's his secret?

And the behind the closed doors of the Ashrama, a larger evil lurks. Can the couples solve the mystery?

I strongly recommend you if you want to watch the web series Mismatch 3 then make sure that you are alone and use headphone or earphone.