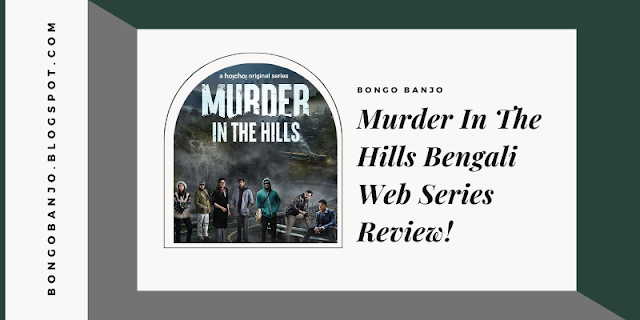 In our 21st century, Bengali cinema has become more metropolitan centred. All the stories that have been brought out of Kolkata for a change of taste are stereotyped. Usually, the character is brought to the neighbourhood or a remote place, where the position stands in a negative or ridiculous position.

There is a whole web series on Darjeeling, a kind of taste change. ‌ Director Anjan Dutta's new web series ‘Murder in the Hills’ can be analyzed in two words.

A popular  Bengali actor is dying of a heart attack at his 7th birthday party. Witnesses are house-filled characters who are somehow connected to his life. For a journalist who is unexpectedly involved, the matter is like a fog.

Accident or premeditated murder. The eight-episode Hoichoi web series ‘Murder in the Hills’ seeks to answer this question.

"After that Satyajit Ray's Kanchenjunga, there was no other good Bengali film about Darjeeling" - in the first episode, this dialogue is justified in many ways on the face of Anjan Dutta.

One, Murder Mystery of a Complex Relationship and two, one of the best travel guides in Darjeeling, which will surely compel many people to their favourite hill station in Bengal. 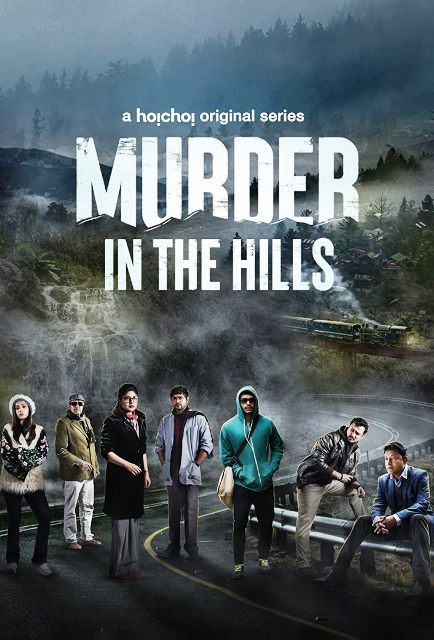 I never went to Darjeeling. So by capturing the beauty of Darjeeling as a tourist spot, as well as the way the director has touched on Darjeeling's nature, its culture, its way of life throughout the series, this pandemic is bound to bore the mind sitting at home.

But as a crime thriller, some expectations remain unfulfilled from this series. The method of introducing the characters from the beginning is fancy. Actor Tony Roy, like the Morning Walk, has gone on a lifelong journey when he finally sat down to rest, the call came, the time came to enjoy the karma.

The accident happened that night, but just before that, Tony Roy gave a little puzzle to the newly known journalist Amitabh. Amitabh, an experienced crime reporter who is currently losing his job for his honesty and is in Darjeeling as a newspaper correspondent, is shocked to learn the truth behind the incident. One by one the dark events of the past come out.

Anjan Dutta's project means the use of some great songs. The songs directed by Neel Dutta are appropriate to the situation, it is good to hear the song "Darjeeling hain humro dost" in the local language.

The work of the camera is bound to remind us that to capture the beauty of the city for which Satyajit Ray first needed a coloured reel, there is an opportunity and a responsibility. And DOP Ramyadeep Saha has fulfilled that responsibility well. Anirban Ganguly is also very good at sound design.

Anjan Dutta is no doubt a smart director. The whole plot has the shadow of another movie, or perhaps another mystery, but the masterstroke is the one that has put that inspiration into the series. Even if you guess a little in advance, the pace of the series and Darjeeling will not stop you.

Credit must be given to the editor Mohammad Samsuddin for this. Honestly, the background construction of the story, the characterization, the conflict between the characters, in a word, is extraordinary. This stylization, Sahebiana, is quite enjoyable when you sit down to watch a Bangla web series and you see a messy, ugly situation.

It is not possible to name someone differently by acting. Almost everyone is a good actor. Supravhat Das or Sandeepta Sen got the opportunity on more screens and both of them have taken advantage of that opportunity well.

I don't know, but Sandipta Sen's cheek seemed a little swollen. Did he use prosthetics to show his age? Not known My favourite actor along with Rajdeep Gupta. Her comic acting looks awesome. This serious roll looks good after breaking the familiar statue of that Rajdeep.

And last but not least, Arjun Chakraborty in the lead role did not show anything new in his character. This first appearance of Arjun in the background could have been a little better. Combining all these good and bad, ‘Murder in the Hills’ is quite enjoyable.

The "Murder In The Hills" web series is a must-watch if you enjoy travel and food. And we can hope that the tension between the burned actors will give a suitable direction to the moving amateur acting in the Bengali OTT platform.