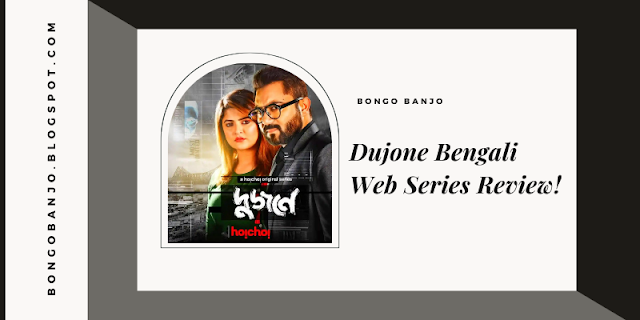 Just want to see the "Dujone" Bengali web series for setting, colouring or editing the series before all the controversy. As SVF has its production, there is visual satisfaction in the whole web series of "Dujone".

Throughout the web series of "Dujone", mirror images have been used to show double identities on many characters in addition to the main character. The tension between the characters, trying to show different existence in the same person is quite good.

The song ‘O My Love’ has been recreated. The use of background music is quite good. Attempts have been made to bring back the nostalgia of commercial cinema. However, in some cases the background music sounds the same, it would be nice to have more songs or music. 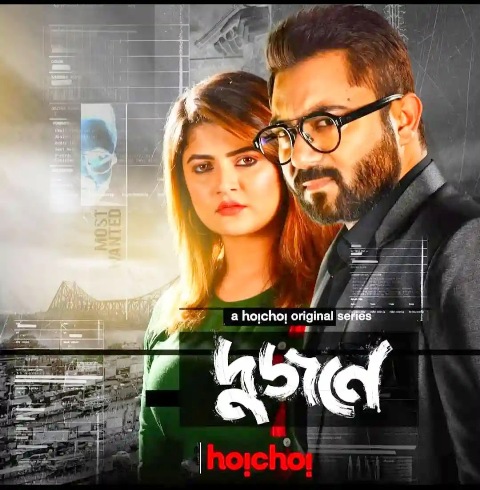 Soham has acted realistically in a way that suits Srabonti's commercial image. But the co-starring actress has done a great job.

Rajdeep Gupta has worked on a lot of Hoichoi projects, in this web series Rajdeep is quite fluent in his character, Debashankar Haldar is undoubtedly a big size actor, he is no exception here, Kamleshwar Mukherjee's performance is quite impressive.

The story of the web series "Dujone" is not very new, there are some touches of Amitabh Bachchan's 'Don', there are some abnormalities after the accident which makes the wife suspicious.

But even if the plot is the same, a family relationship, sweet love can all be called a good recreation. The suspense in all the screenplays is very well made, the viewer will already understand what is happening or going on.

But the main character is revealed at the end of the story, the shock will not be the audience but the character, which is new in the case of Bengali thriller.

The story of "Dujone" may seem monotonous in some places, but the presentation is really good. Accompanying Hoichoi is the allegation that a movie-length work is presented to viewers by dividing the web series into episodes.

But in this case, it will not feel like that. As always, the story is not left in the middle of the first season, but with suspense for the next season.