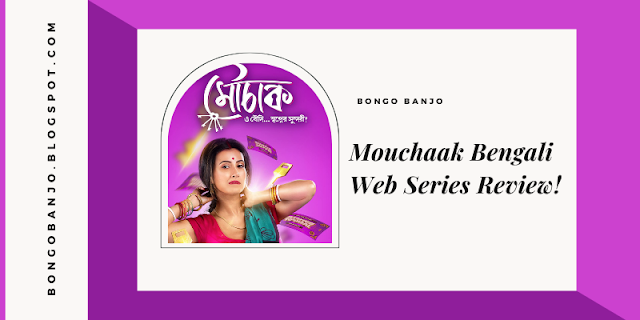 Dupur Thakurpo, are You ready? Now Manami Ghosh is carrying honey from 'Mouchaak'. What's the matter? Wait be patient!

She will be caught on the platform of Hoichoi. After Swastika Mukherjee, Mona Lisa, Flora Saini, Mau Boudi Monami Ghosh is ready to wake up Thakurpo this afternoon.

Just wait for caught "Mouchaak". A beautiful Mou Boudi is coming on Hoichoi very soon. The new web series, produced by Hoichoi, is called "Mouchaak". The first look of the series has just been released.

This is the first time Monami has set foot in the web series world. Then the actress was overwhelmed with her first web series "Mouchaak". 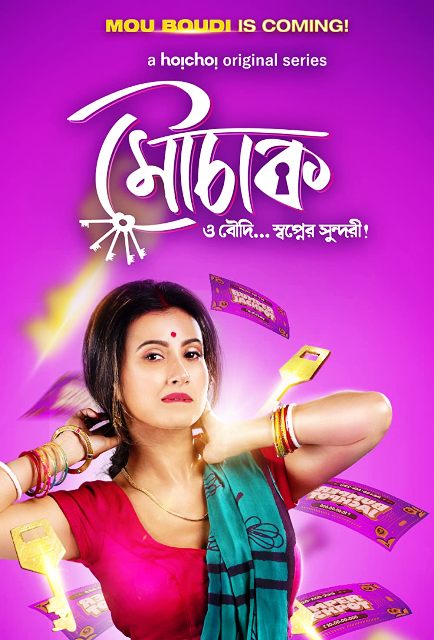 Monami's comment, "I wanted 'Dhamaka entry' in the web world. I was waiting for a character just like Mau. ” A character who has the fire of form, as well as the edge of intellect.

That wish has been fulfilled. Pink Shri (cloth), Mulberry deep cut blouse, Sneak peek, lottery tickets and a bunch of keys in a narrow waist.

Boudi has already made a storm in the minds of men with the beautiful body of her dream. Hoichoi's call - "Mau Boudi is coming very soon, are you ready?"

White sari with red fringe, long hair loosely tied bangs. She is setting foot on the Bengali web platform as the new 'Boudi'. There has been a lot of practice on social media after watching the trailer.

The actress was not spared from personal attacks in the film shared from her profile. However, the heroine of 'Mouchaak' refused to listen to them. He said in a confident voice, "Anyone who sees Monami Ghosh in the role of Mau is completely unknown."

Although there is a style of the 'Dupur Thakurpo' web series, the story of Mouchaak is completely different. Monami says, 'Playing the role of Mau will be a very important task in my career. This is my first web series. Not only this, with the help of this character I have been able to play the role of Mau.

I played a very open character. However, there is no bodily dishonesty in the character of Mau. Instead, when the bridegroom went to slap her, he grabbed her by the hand and told her four words. And if the bee does dishonesty, there must be some conspiracy behind it. '

Is there any similarity between Mau and Monami? After thinking for a while, the actress said, 'Monami is as lively and lively as Mau on the shooting floor or while dancing.

Always running. But Mau tells a big lie, gets the job done by acting dishonest, and is very stubborn, resentful, a defendant. Monami is not like that. '