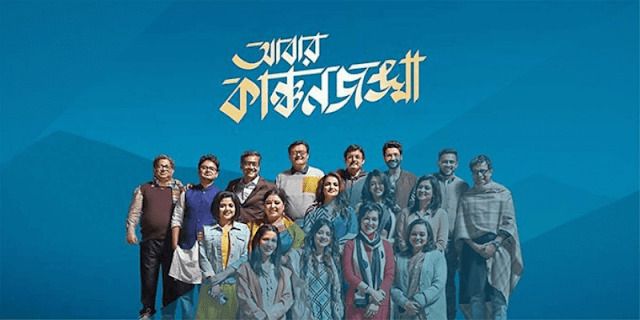 Rajarshi's "Abbar Kanchanjangha" released this Friday has nothing to do with one of Satyajit Ray's best films 'Kanchanjangha' released 60 years ago.

The only common factor in the two films is the Kanchanjangha hill. That mountain is a symbol in Satyajit Ray's whole film. Seen only once at the end of the movie.

The viewer also sees that no character can be seen in the picture. Not only the picture but also the underlying tragedy of the characters is left unnoticed by Satyajit Ray. 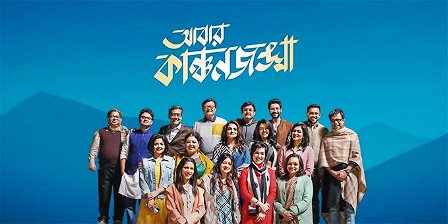 This movie of Rajarshi has used Kanchenjunga repeatedly. It has come in the dialogue, it is also at the end of the movie. Especially in the melancholy scene, where the main character Sumitra seems to be standing in front of Kanchenjunga, hoping to return to the memory, hoping for peace in the recent mourning.

One sister (Arpita) and four brothers (Kaushik, Padmanabha, Rahul and Gaurab) are from the same family. They have an ancestral mansion in Darjeeling. Elder brother Tridib (Kaushik Sen) and elder wife (Bidipta Chakraborty) are both heads of the Dev family.

Everyone is married, only Rohit is not married but live-in with non-Bengali Angelina (Deblina Kumar). The only sister, Semanti, married Sumitra (Saswata Chatterjee), a well-known and influential journalist from Delhi. 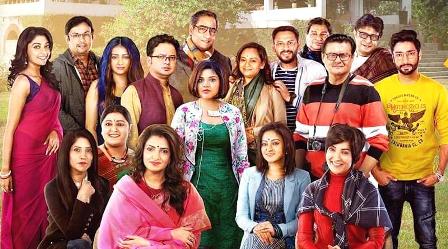 He is quite upset about the activities of his brother-in-law. That is why there is a hidden distance between the two. Ritzer, the youngest daughter of Mejbhai, has a 'crush' on Pisemshai Sumitra again. Because Sumitra was a student of JNU in Delhi. Ritzar's favorite college is JNU. Past love is shown in more than one character.

When the movie, the problem must be solved. Padmanabho's script beautifully weaves innumerable incidents and complexities of character, anger, arrogance, and reproach. Especially the grumpy leader Debesh's activities.

The length of the picture has been increased to give a proper place to fifteen characters. At the same time, it seemed that not all the characters got equal importance. Mutual relationships are largely arranged. In the end, everyone is good by mixing good and bad. It is questionable how normal and real it is. 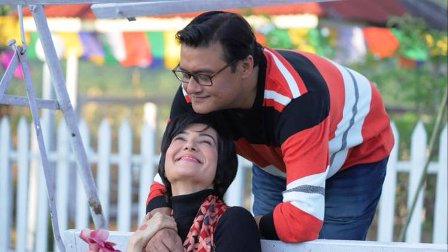 The backbone of the film is Saswata Chatterjee and Arpita Chatterjee. The characterization of the two is alive and well.

Rahul, Tanushree, Bidipta, Gaurab, Kaushik, even the youngest daughter Ranjita Das, to a lesser extent Rupankar Bagchi, Sonali Guha Roy, Richa Sharma, Debashree Gangopadhyay, Deblina Kumar, have all acted as required in front of the camera. Bidipta, Tanushree and Rahul can be given a little extra number.

Read More:  No Apu-Durga! Anik changed the logo of 'Aparajito' made by Rajkamal!