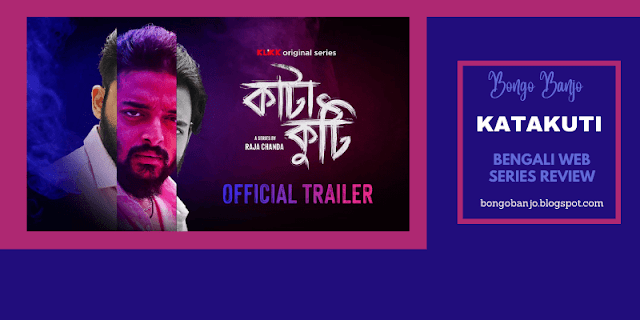 Very popular director Raja Chanda has set foot on the OTT platform. The name of the web series is 'Katakuti'. He directed the web series for the first time.

Sourav Das and Mansi Sengupta are playing the lead roles. Actress Mansi has set foot in the web series from the small screen holding Katakuti's hand.

Sourav Das means controversy. His name has always been controversial. One after another, his sharp performance in the web series caught everyone's eye.

Montu Pilot is coming to show magic in the Raja Chander web series for the first time. Many are on the big screen this time Raja Chand is leaning towards web series.

Sourav Das is coming to shake the floor in the web series 'Katakuti'. Payal Sen alias Mansi Sengupta, the popular villain of the series, is telling you how he is returning to the web series from the small screen holding the hand of 'Katakuti'.

With the shy Aditya and the outspoken Kaushani in the context of the web series Katakuti. The marriage of the two is right. But before marriage, Kaushani was killed tragically.

It was later found out that it was an incident of gang rape. Aditya is shattered when he sees his dreams being shattered in such a cruel way. 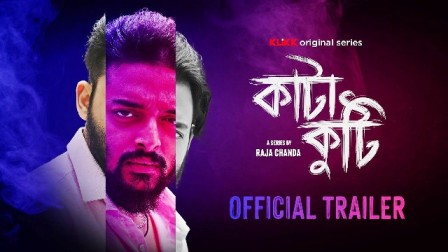 How was Kaushani killed? The names of the three came up later in the incident. Coincidentally, one of them is a close member of Kaushani's family.

He picked it up in his hand. Chooses the path of ruthless revenge. There are thrilling surprises in the story. Apart from Devtanu, Abhijit Guha, Biplob Bandopadhyay, Shirsha Rakshita, Jamie Bandyopadhyay are also starring in the Katakuti web series.

Story-screenwriter Arnab Bhowmik. Actress Pian Sarkar will be seen as Mansi's sister and Devatanu as her husband. The web series Katakuti will be released on Click on the OTT platform next March.

Viewers will get to see Sourav alias Aditya in a brand new role in this web series wrapped in mystery thrills. Montu is not as brave as the pilot, but Sourav is mild-mannered and a little shy.

It is not easy to express oneself in front of everyone. Unlike Sourav, Mansi is outspoken again. Although the two are from opposite poles, they are also attracted to each other and plan to get married.

Sourav is preparing himself a little differently from the beginning to the end of the thriller web series. There are many levels in the character of Aditya.

Even though he is a funny person, Aditya wraps himself up whenever he sees a girl. But after the wife was killed on the night before the wedding, the cold-headed killer came out from inside the good man.

And Aditya continues to fight for the punishment of those criminals and for Kaushani's family to be able to give due punishment to her daughter's killers.

For now, Sourav Das is busy exploring himself in thriller-action. Raja Chand has tried to find a new face in the series.