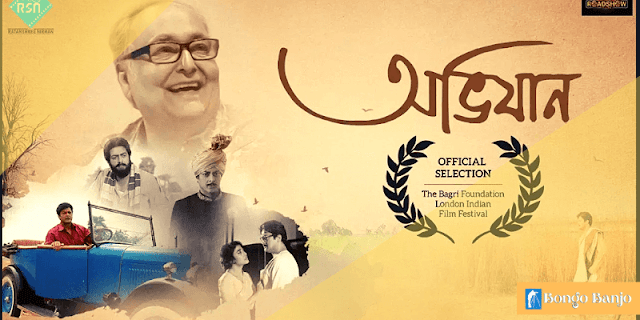 The construction of the scene is amazing. Such as Paoli Dam as Suchitra Sen. You have to rub your eyes once or twice! What is it? Where did the director catch Suchitra Sen from?

The argument is frozen on the second floor of the coffee house!

"Do you have to do something?"

“Break! Break it all down! Only then will the new call come! ”

Sunil, Shakti, Sandeepan in participation. Soumitra Chatterjee, the rising hero of Bengal, is sitting with them in the light. Have Bengalis ever got the warmth of such brilliant beauty before? Probably not!

The aristocracy and 'street smartness' are adding to the tradition of the coffee house with its wide throat and occasional world-pleasing smile!

Suddenly, in the middle of the conversation, news came that a bomb had exploded at Medical College. Sunil, Shakti started running at the moment. With Soumitra. Suddenly call back as soon as you arrive on campus.

"Soumitra da is being 'Prafulla' on stage again!"

Soumitra paused for a few seconds!

On the one hand, the whole city is burning! The food movement, the dream of the lost youth, ‘Yeh Azadi Jhuta Hai!’

On the other hand, the intoxication of creating something new, turning the pain in the chest into an art form! Captivity! A strong passion! 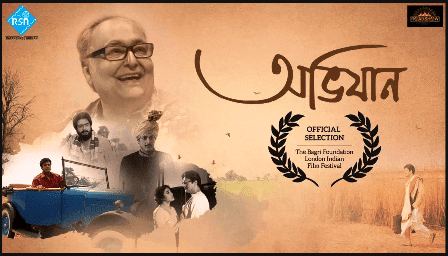 Soumitra Chatterjee standing right in the middle of it! With the hope of a book, the potential of young Soumitra is to migrate from native village to town!

Which one to choose? Which should be chosen in this turbulent time? This hesitation is life! The battle of the path that goes deep in the mind is the diversity of life!

Walking through denial is the key to crossing. Which is also the lifeblood of the film 'Abhijaan' made with the touch of two Chatterjee (Soumitra Chatterjee & Parambrata Chatterjee)!

In fact, 'Abhijaan' is not a film. History and philosophy of Bengali. Society, literature, film, political philosophy of the nation's adulthood!

Occasionally black-and-white frames. And the nostalgia of the iconic Bengali scene. Repeatedly brings a bit of monotony to the black and white frame. However, the construction of the two scenes is amazing.

Such as Paoli Dam as Suchitra Sen. You have to rub your eyes once or twice! What is it? Where did the director catch Suchitra Sen from?

Whatever you say, the superstar is a superstar! When Prosenjit Chatterjee appeared on the stage as Uttam Kumar. It looks Amazing!

Soumitra Chatterjee's wife's character is very refreshing! Jishu Sengupta did nothing wrong! But it would have been better to work a little harder!

Shubhashis Mukherjee has appeared in only one scene and shook the screen! I am forced to say that he is the man of the match in the "Abhijaan" film!

It seems that the picture is unnecessarily long. Parambrata Chatterjee must be thanked. In the Bengali New Year, he returned the Bengalis to Soumitra Chatterjee and his 'Abhijaan'!