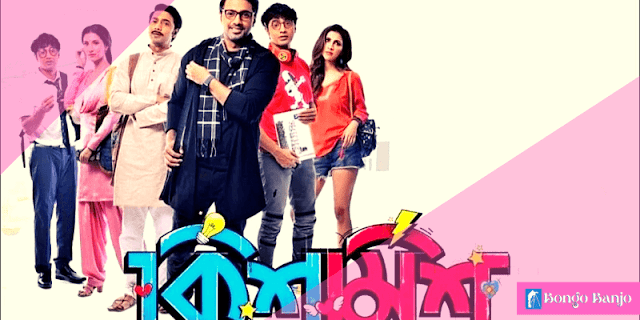 Are You a fan of Dev? Then Kishmish Bengali Film Review is helpful to You. Watching ‘Kishmish’ brings back the nostalgic days of college life! There is nothing wrong with trying to Dev Adhikari make ‘Kishmish’ as Tintin!

How much fat has been lost! Dev Adhikari is taking new risks every day! It's looking great! Rukmini Maitra is also very smart! What else can be said about the performance of Kharaj Mukherjee! He is excellent.

The beginning is a lot like us! Only the journey is reversed! Tintin reached Darjeeling from Kolkata. With quarrels, comic strips, college bands, when that flirtatious love became! Did not understand! And after that, Tintin's love proposal to Rohini. Rohini is angry! "Do you understand the meaning of love?" Do you know how to take responsibility? You just came out with a love proposal! '' Naturally, It's denied. Tintin's heart is broken!

Just the way you bounced back in the third year! Rohini also turned 360 degrees and appeared with a proposal of love! Tramline from Toy train. The romantic movement in a horse-drawn carriage in Victoria.

What is not in 'Kishmish'! There is a fight between Hilsa and Shrimp, there is a lot of politics in the neighbourhood! Fight between Uttam-Soumitra! So ‘Kishmish’ is a nostalgic film. 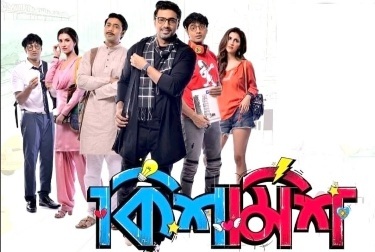 Anjana Basu has been promising as a Rasbhari character. Rather, June Malia is a bit dull! Whatever you say, the real hero of the film appears but a little before the break.

Sunglasses on the eyes, grey check blazer, muffler around the neck of Kamaleshwar Mukherjee! In the first film, director Rahul Mukherjee is very fresh and shiny!

Nilayan's song will be remembered separately! Madhura has a kind of street smartness in the camera lens! And don't be late. Just go and watch the film "Kishmish". We promise. While watching the film "Kishmish", You will want to go back to college!