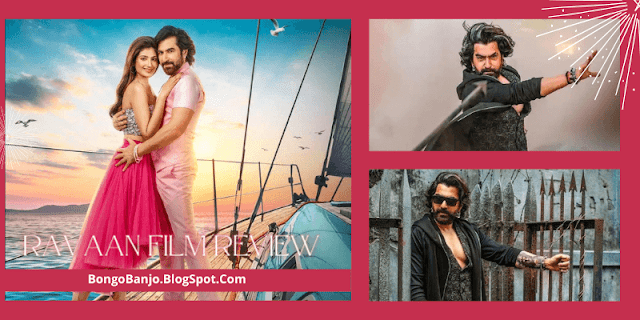 Are You a fan of Superstar Jeet? Then "Ravaan" Bengali Film Review is helpful to You. Actor Jeet in the form of 'Ravaan'! How beautiful is "Ravaan" movie?

‘If Ravana forgives, then Ramayana will be rewritten again!’ Smoke spread all around. Loud background music and entry of "Ravaan". A full beard and two-eyed gem colour are completely different! Jeet came on the screen! Gave a surprise in his new incarnation.

The young girls are shocked to see the chocolate hero form of the hero of Tollywood, his "Ravaan" look! No, Jeet in the new incarnation is not completely incongruous.

Rather, Jeet has fulfilled every condition of becoming a "Ravaan". But it is proven frame by frame.

The recently released Jeet's film 'Ravaan' is look based. Rather, the whole "Ravaan" film is full of surprises.

Before the review of the movie 'Ravaan', let us touch on the story a little bit. "Ravaan" movie tells the story of revenge. The story of Jeet alias Ram Mukherjee's revenge.

Due to that revenge, Ram became Ravaan. The story of the film  'Ravaan' is about the drug mafia and child trafficking. 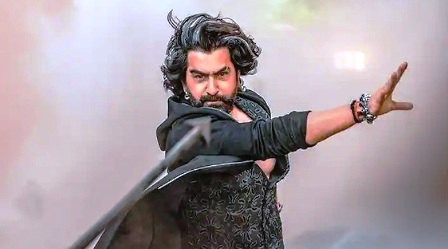 Jeet's lover Rai Chattopadhyay alias Lahma Bhattacharya lost his life while trying to expose the main culprit of this incident. Even the villains in this movie kill the whole family of Jeet in the movie.

Then revenge one after the other in various charts, destroying the enemy in a fancy way. Ram and Ravaan became the same person with the dust in the eyes of the police!

Will Ravaan succeed in taking revenge in the end? Will he be caught by the police in the end? The story goes on for about two and a half hours. But let me say that at the end of the movie there is a great surprise!

Seen as a story, there is nothing new in the film 'Ravaan'. On the contrary, this picture continues in a very familiar way. So after a while, ‘Ravaan’ became very predictable.

The strongest point of the film 'Ravaan' is the presentation. This film is very bright and modern. VFX also works quite well. It's nice to see the song in the movie too. 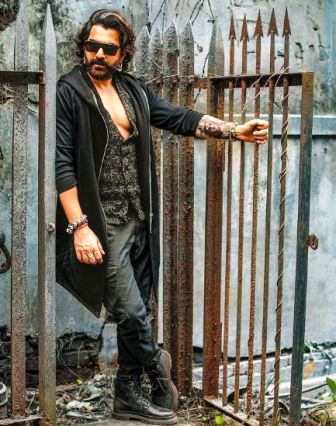 Looking at 'Ravaan', it is understood that the producer Jeet has invested a lot of money in this film. But with a little care in the script and direction, the film would be better.

In particular, there was no need for such a bold comedy with a good actor like Kharaj Mukherjee. Director MN Raj could have come out of the commercial film format that has been around for so long.

In this film, the whole responsibility is on the shoulders of Jeet. From the incarnation of Ram, Jeet has got more attention in the film than Ravaan.

Newcomer Lahma Bhattacharya likes it very much. Her performance in the first film is quite good. Tanushree Chakraborty is completely out of place as a police officer. Shafat Figar has given his best in the role of villain.

In the end, Jeet has tried something new in the movie 'Ravaan'. That is clear throughout the film. But the repetitive screenplay is falling the film "Ravaan". The whole effort of Jeet is wasted.