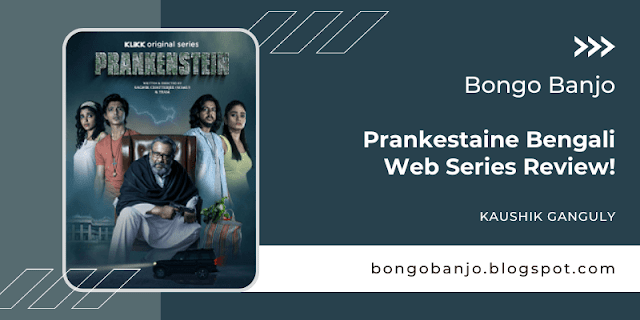 Not one, not two, not three, it's four, but only four funny people are killed.  Or are they pranksters? Having fun with people is also their hobby and profession. An elderly man was also overwhelmed by the video of the four people.

One night, two pairs of pranksters go to the haunted house to have fun. The old man suddenly appeared there. He also wants to have fun with them.

But in the meanwhile, after three murders, it is understood that the old man has come to take revenge. This is how the four-episode web series 'Prankestaine' on the KLiKK platform progressed.

The web series is named after Frankenstein. Director Sagnik Chatterjee did not make a bad start by listening to Sukumar Roy's poem. But in the end, the mystery does not remain the same. 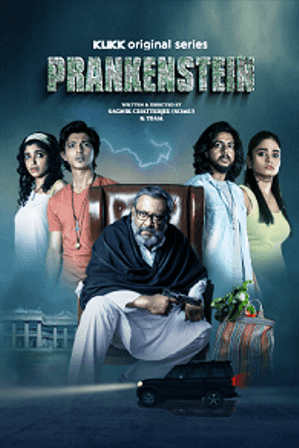 The story of 'Prankestaine' is far from real, probably inspired by Sagnik Chatterjee watching a foreign story or TV series. He may be, but it should be related to the reality of Bengali and Bengali society! That did not happen at all.

The clever viewer will understand the motive of the old man only after watching the second episode. And even after knowing that, I still want to watch 'Prankestaine' just to watch Kaushik Ganguly's performance in a calm, slow, steady manner. He is the main attraction of this web series.

However, there are some objections, the word revolution that the young people have to do with the language of the mouth, it does not mean anything.

A  web series can be made without using those unspeakable words. Listening to such dialogues reminds us of the need for sensors on web platforms. Let's face it, this series is conventional.