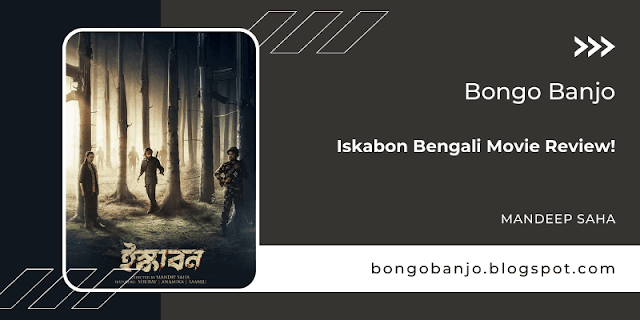 Do you like watching Bengali movies? Then consider the following topic: Iskabon Bengali Movie Review. How did Saurav Das play the role of a Maoist in the Jangalmahal story 'Iskabon'?

Why is the movie called 'Iskabon'? In the first film, director Mandeep Saha has touched on a problem of the state, where now the thoughts of the burnt director do not want to get too close.

He deserves a little thanks for showing this courage. According to the politicians, for the last few years, the jungle has been burning, sometimes calm. But is it cool? Or a sleeping volcano?

It may wake up from time to time. In this film, Mandeep Saha wants to highlight the awakened form of that sleeping forest. However, why the name of the film, 'Iskabon', is a little incomprehensible to this viewer.

According to the story, a Maoist leader named Narenji is carrying out revolutionary and subversive activities in Jangalmahal. Paramilitary forces were sent to capture him. This is the story of the film. 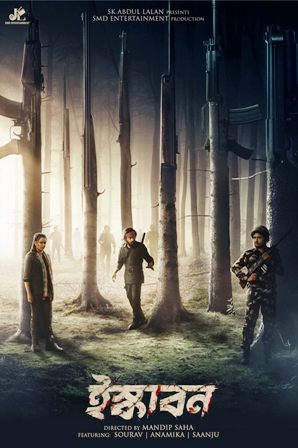 Mandeep Saha has captured the scenes of the police-Maoist encounter in the jungle. But one of the leaders in the story, the rebellious Golapi, shows the truth and the love of the police, even including a song, which has changed not only the pace of the film but also the character.

It is wise to go once and see if Narenji is caught in the end. However, while praising the courage of the director, it should be said that it would have been better if the technical work of the film had been more modern and improved.

Buddhadeb Bhattacharya is very active and good in the role of Narenji. However, Saurav Das, who played the role of Satya, got more applause. He did not do evil.

Dulal Lahiri, Puspita Mukherjee, and Sumit Gangopadhyay have only played their roles. song? No, there was no need for a song in this film. However, Devajyoti Mishra's background score has helped a lot in the cinematic environment.