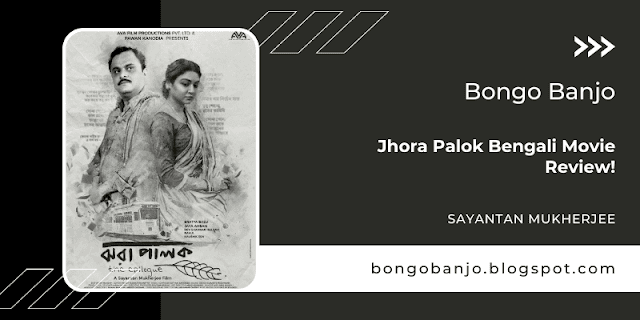 Bratya Basu has made an impression in the role of Jibanananda Das.You Can Read the Full Review of the Bengali Movie "Jhora Palok".

Jibanananda Das, the poet of solitude, Even today, reading his writings, one is shocked by the shock of the poet's intense sensitivity. His creations bring a momentary peace in this life controlled by social media and smartphones.

His life-based film 'Jhora Palok' is being released today. The film is named after the poet's famous book of poetry.

Where the poet himself has analyzed his life. There are ups and downs in his relationship with his wife, Lavanya Prabha Das. This film is based on that.

However, the format of the film is quite complex and multi-layered. Bratya Basu as the middle-aged Jibanananda Das, Rahul Arunodaya Bandyopadhyay as the young poet, and Jaya Ahsan as Lavanya Prabha Das.

The trend of this biopic is as clear as the multiple sub-texts of the poet's multi-read poems or his short-read novels. non-linear storytelling style. It will take time to capture the audience.

I will remember the line of the poem that says "I will come back to the bank of the rice stairs." Then there is the rebirth of the poet—the question will arise in someone's mind, which has a clear hint in the film.

The director has brought two characters to life-Somen (Bratya Basu) and Suranjana (Jaya Ahsan). Those of this era. 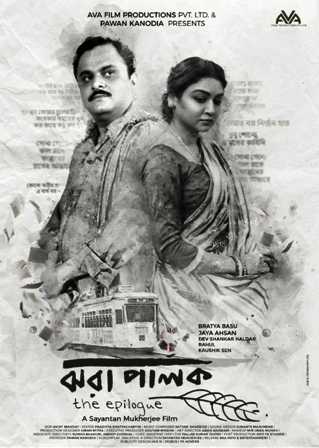 Suranjana is making a film about Jibanananda Das's life. On the other hand, the thought of death is gradually consuming Somen, like a poet. Suranjana is like Lavanya!

The director has played with time here. He shows the writer's struggle, enduring his wife's bullying and constant struggle with money.

I like the use of the tram line and the visuals. The stars of that time have come back as Rabindranath Tagore.

It is difficult to catch Jibanananda Das in such a short time. The director has undoubtedly taken on a big challenge. This is a unique attempt to pay homage to the poetry industry.

Come to the context of acting. Bratya Basu was excellent in the role of Jibanananda Das. He is excellent at expressing the poet's introverted nature and unexplained feelings.

In the role of a young poet, Rahul has to look so fluent and fascinated. In the role of Lavanya Prabha, Jaya Ashan has highlighted the complexity or bitterness of her relationship with her husband.

The maximum film is in black and white and sepia tones. Sometimes the incarnation of a colourful scene is a good idea.

Both Bratya Basu and Jaya Ashan have captured the distance, the violence, and the detachment of their relationship as characters.

All in all, the film "Jhora Palok" is a very unique and one-time watchable movie.