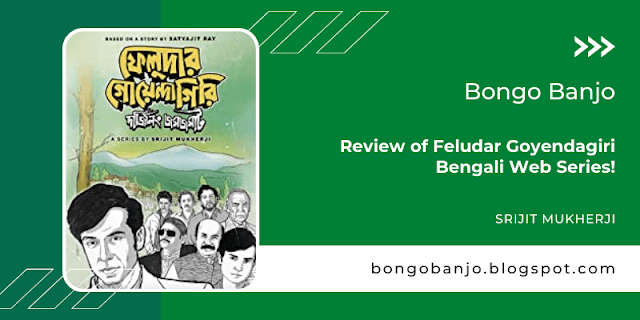 Do you like watching Bengali web series? Then consider the following topic: Review of Feludar Goyendagiri Bengali Web Series.

What about 'Feludar Goyendagiri’ in Darjeeling? How about Srijit Mukherji’s new web series?

Lalmohan babu's experience of climbing the ropeway was followed by a remark that the 'gap' was cut. Satyajit Ray's 'Feluda' series always seems to be more suitable for filming some stories.

A movie has already been made with some of his stories. But it is quite challenging to tell the story of "Feluda" in the current format or demand in the web series.

The origin of "Feluda" is a mixture of the sense and sensibility of a sharp-witted Bengali with the humorous, talkative mood of the Bengalis of the seventies or eighties.

It is a question of what form we will see it in when we see it on the screen in 2022. Moreover, the strongest aspect of the web series is the presence of different levels of powerful subplots.

But despite the presence of subplots in Feluda's original story, they are not explored. As a result, if what is in the book is almost the same as in the web series, then it is likely to be quite simple and fluid.

The same thing has happened with the Feludar Goyendagiri: Darjeeling Jamjamat series on the Hoichoi web platform. even if the director does not intend it. The series is made up of one main story and even dialogues. 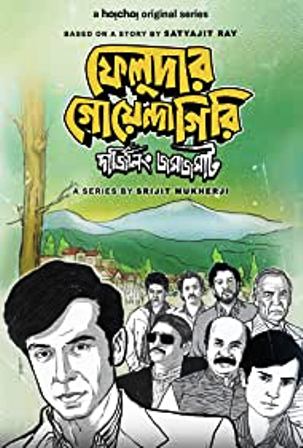 We know the story. Darjeeling is also known to Bengalis. That Clock Tower, the pictures of Chenna Mall, the Covenanters, the Glennaris, and the Pinecone all add a different dimension to this detective story.

But the familiar Darjeeling also seemed unfamiliar with the sepia tone. This yellow-sepia colour is used throughout the series. Is it to catch the old times? Although it covers the natural beauty of the mountains.

And the extra pay or bonus that is expected in the web series is missing. Because it is not in the original story. Movies also have a compact twist, but without the strong presence of levels and subplots, that dense twist is not created in a web series.

However, how the Bengalis will take additional additions to the story of 'Feluda' is a different matter.

I like Tota Roy Chowdhury as Feluda, Kalpan Mitra as Topse, and Anirban Chakraborty as Lalmohan Ganguly. The conversation between Feluda and Lalmohan babu has gained more prominence.

Somewhere, Anirban Chakraborty has impressed Feluda as Lalmohan Ganguly. Kalpan Mitra, as Topse, had nothing more to do here than shake his head.

Kalpan Mitra's expression is good, so he answered. But the burden is more on Lalmohan Babu. Actor Rahul in the role of Pulak Ghoshal has used his comic timing in a short screen time.