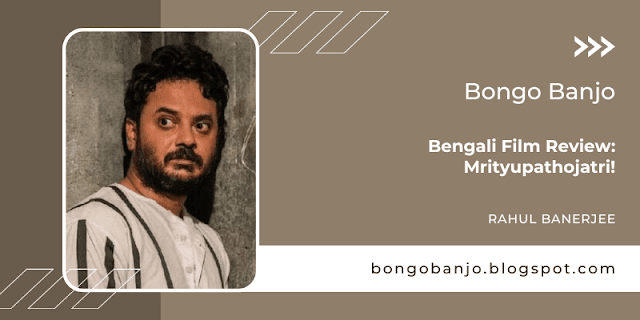 Do you love to watch Bengali films? Then our topic, Mrityupathojatri Bengali Film Review, is just for you. This is the first solo performance in a Bengali movie. How is Rahul Banerjee's "Mrityupathojatri"?

Director Soumya Sengupta and producer Kan Singh Sodha teamed up and set a record. This is the first time a feature film has been made in Bengal with a single actor.

At that time, in 1984, almost 58 years ago, actor-producer Sunil Dutta returned home and discovered that his wife had left with their children. He is alone!

He made a film of the loneliness of a lonely man for about an hour and a half. He has two roles: acting and directing. However, this Bengali film, "Mrityupathojatri," is the result of the efforts of two people.

The majestic would not have had the opportunity to take such a test had it not been for the courageous investment of Kan Singh Sodha.

Thanks also to actor Rahul Banerjee for showing the courage and patience to say 77 minutes of soliloquy on his shoulder. No one thought about how the film turned out, or whether the film became a "film" at all.

Rahul Banerjee's character has killed seven people. Why? The man of the house had a strong objection to marrying her. They insulted Rahul Banerjee.

That is why the mother, father, grandfather, and brother of the lover have killed everyone in the family in anger. The judge sentenced him to death after a 12-year trial. Beseeching the President produced no results.

Execution confirmed. After only 12 hours, you'll be hanging in the throat. The rule is to stay in the cell alone before that. The police came and left Rahul Banerjee in the same room. 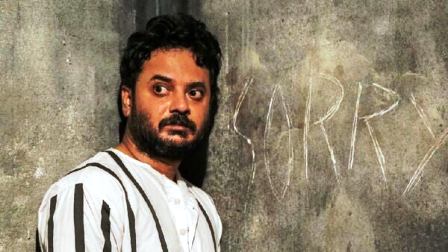 Now it starts with Rahul Banerjee's confession, remorse for the crime, longing for release, feeling a little delusional considering himself innocent and so on.

Apart from Sunil Dutta's unforgettable performance, the way director Sunil Dutta arranged the whole incident aroused the sympathy of the audience for the lone hero as well as the drama.

But the director did not seem to have any involvement in the movie 'Mrityupathojatri', which was released in only one theatre in Kolkata (Nazrul Tirtha).

Most of the time, the cameraman left the camera outside the garage and just shouted at Rahul Banerjee and told him the dialogue. The camera was mounted twice on the roof.

And Rahul Banerjee sounded like a wounded cat in a closed cage. He didn't even get a heart-wrenching line of dialogue.

Is that a poor thing to do or what? After bathing in the morning, the police covered his face with a black cloth and took him to the gallows.

I have never seen such a deceptive film. I have seen at least four or five films in French and Hollywood with a single actor. There, the director creates a situation where he is forced to sit on the seat handle and sink into thought.

And here, just a quarter of an hour seems too much. Soumya Sengupta should have arranged the whole screenplay differently.

How? He is the one who can understand that best.

Such tests are bound to fail if the interest and enthusiasm of the audience are not maintained. Even so. The biggest trouble is seeing the plight of a good actor like Rahul Banerjee. He must be able to realize this now.