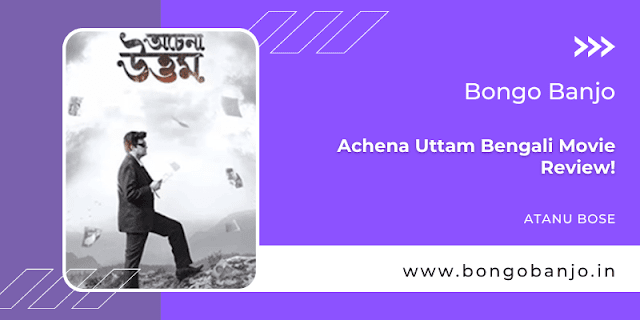 How much did the audience get back from the great hero in the film "Achena Uttam" holding Saswata Chatterjee's hands? Read the Full Review of the Movie "Achena Uttam"!

The story of Uttam Kumar's transition from flop hero Uttam Kumar to Maha Nayak Uttam Kumar is popular with the audience of Bengali cinema.

Two or three books were written about him; Sabitri Chatterjee's autobiography, and Supriya Choudhury's multiple books.

So, in "Achena Uttam", scripted by Shibasish Banerjee and directed by Atanu Bose, we got more of the well-known Uttam Kumar.

The use of "Achena Uttam" was found to be the use of his own Hindi song "Hindusthan Me Kaya Hai Tumhara British Bechara" during the recent riots in Calcutta (1946).

The personal life of a highly successful person in any field of life is one of solitude. Solitude is his companion. The people of the world misunderstand him, and from there, a shadow of pain is created behind his success.

In Uttam Kumar's life too, the artist's pains were also a side effect of his peak success. Shibasish Banerjee has crafted a screenplay exploring his acting and personal and family life with deep dispassion.

His arrangement is certainly not simplistic. Director Atanu Bose also follows the same non-narrative structure in the film, so the film's ups and downs of drama keep the audience engaged.

His family circle, along with his wife Gauri Devi, a cameo in the film. The hero's misunderstanding with Hemanta Mukherjee may seem unfamiliar to some viewers.

But the well-known incident is the hero's leaving the city after witnessing the scene of Saroj Dutta's murder in Maidan. But artist Uttam Kumar's heartache remained unknown.

All his dreams as an actor and artist were not fulfilled. Towards the end of his life, he was saddened by the condition of the Bengali film industry. That pain is the indirect cause of his death is hinted at in the film. This episode is unfamiliar.

Like in the dream scene in the film 'Nayak' at the beginning of the film, the way Uttam Kumar is shown suffering from his introspection and emotional pain, the tone is not maintained throughout the film. 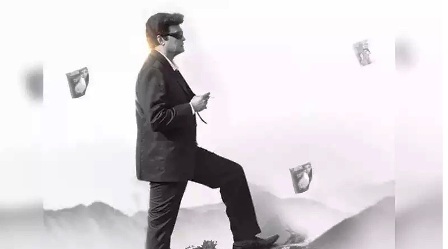 It is really strange to see Uttam Kumar involved in the emotional pain of failure behind the success and personal problems.

Even if Shibasish Banerjee and Atanu Bose's work is not considered art, it will leave a mark in the hearts of the audience.

Two scenes in particular—the scene where he rejects the offer to play Sandeep in Satyajit Ray's "Ghare Baire" and the scene where Uttam Kumar reaches out to his friend Suchitra Sen in private and tries unsuccessfully to bring her back to the film.

While watching this film, the audience is not only eager to see Uttam Kumar (Saswata Chatterjee).

None of them tried to act like originals. Well done, those who acted like themselves. But Saswata Chatterjee as Uttam Kumar is truly amazing.

He tried his best to bring Uttam Kumar to life by removing his mannerisms and was very successful. Thanks to him.

But two things about the screenplay: Uttam Kumar fell ill at producer Devesh Ghosh's party and was admitted to the hospital in the middle of the night.

He died the next day at noon. But the film shows that Uttam Kumar fell ill and was in the hospital for a long time.

It is a factual error, and the story of Sabitri Chatterjee going to the hospital and talking is also a figment of the screenwriter's imagination. It would be better to avoid them.