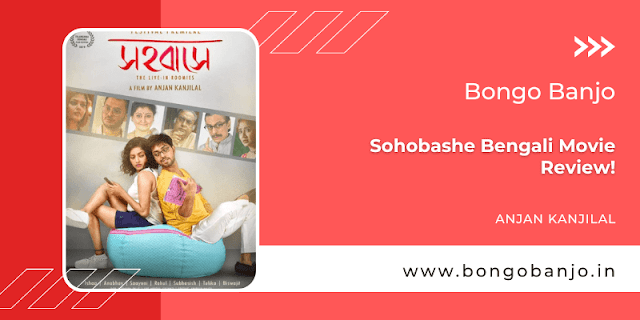 Is ambition changing the relationship equation? The answer was found in the film "Sohobashe"! Kolkata's Mainak Biswas, Srijit Mukherjee and two or three other young people have made many films about the current generation's jitters, pain, emotions, passionless love, love, live-in relationships.

These certainly caught the eye. But the recently released Anjan Kanjilal's film "Sohobashe" surprised me a little more. Apart from the subject matter, the film's production also captivates the eye and mind. I heard that Anjan is a drama person.

The "Sohobashe" film also used that theatrical experience in the tone of beautiful cinema. Four or five songs are the greatest assets of the film. Like the language of music, the singing of artists!

The right application of songs has brought a poetic rhythm to the body of the film. Director Anjan Kanjilal wrote the songs himself. Some lines of poetry in the dialogues of different characters are also beautiful!

Tisha and Neel are two young couples who came from the village to the city with the dream of success in life. Due to a lack of money, the two live in a flat together or are forced to. Of course, their parents don't know that. What happens now? 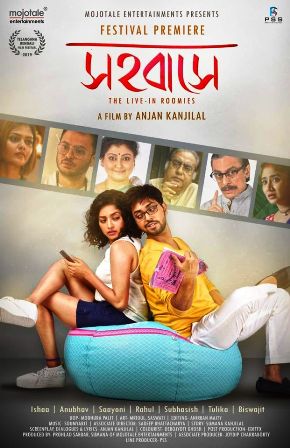 There is nothing new in the "Sohobashe" film's story, but the presentation is exciting. Tisha and Neel's slow development of relationships in a flat and their candid chats with friends will appeal to today's generation.

However, the decoration of the flat does not give any evidence of their financial hardship! I like the position of mutual friendship. The director has done the task of reconciling the old thoughts with the reality of current life very intelligently.

As mentioned earlier, every song in the background soothes the ears and the mind with Soumrit's tunes. And there is the sparkle of Madhura Palit, and in some scenes, the great photography of light and dark!

Two couples, Tisha and Neel, moved from the rural to the city with the hope of achieving success in life. The story of the movie isn't novel, but the presentation is.

The movie "Sohobashe" had the solution! Films about the anxieties, pain, feelings, passionless love, love, and live-in relationships of the current generation have been produced by Kolkatans Mainak Biswas, Srijit Mukherjee, and two or three other young people. Anjan is a drama fan, I've heard.

Now let's talk about acting. Ishaa Saha in the role of Tisha is fluent, relaxed, real, and dramatic! Anubhav Kanjilal, a new face in the role of Neel, did not fail to try to become normal; he succeeded a lot. but still needs practice.