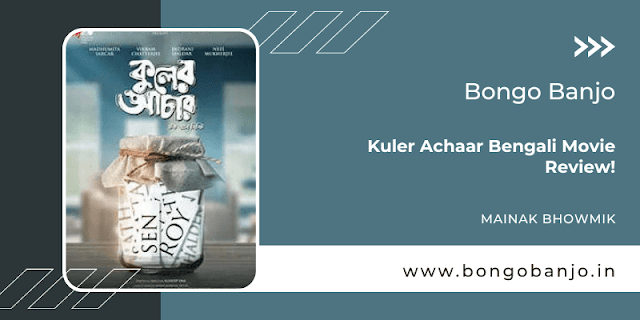 The story of the change of surname to 'Kuler Achaar', a screenplay wrapped in laughter! Read the review of "Kuler Achaar". In Bengali and Indian wedding traditions, it is a classical principle to change the surname of girls after marriage.

But the truth is that this custom of changing surnames is an attempt by the Brahminists to establish the rights of the husband over his wife.

It is said that the husband's title is the wife's right after the transition. But if we look at our history, we can see no last name of any character in the Ramayan & Mahabharat!

Sudeep Das's new film, "Kuler Achaar," is based on the story of changing the surname. Both Vikram Chatterjee (Pritam) and Madhumita Sarcar (Mithi) are modern-minded youngsters. Married for love. Mithi does not want to change her surname after marriage.

Her husband, Pritam, also agrees with this decision. There was no problem with the in-laws. But Mithi's mother-in-law Mithali (Indrani Halder) suddenly decides that she too will use the old surname again after all these years. All the problems started from there. 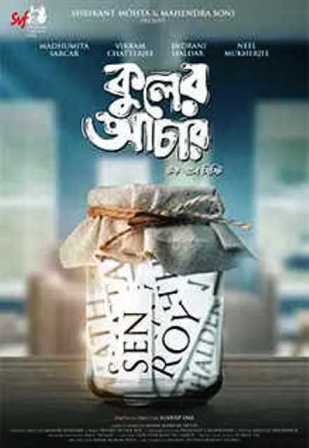 The director has arranged the story with a light smile. Mainak Bhowmik is again the creative director of this film. With his touch, director Sudeep Das has executed almost the entire screenplay beautifully.

I like the sweet fight between Pritam and Mithi, the romantic moments, the quarrels and banter moments between Pravin, Mitali, and Pranotosh.

Finally, the director's speech is very important. The name change is not a big deal; the real thing is mutual understanding, love, and understanding.

The director has arranged the family atmosphere and events with sour-sweet-sour as a ritual. And the ending of the film gives the audience heart-pounding pleasure.

The family is content when the husband and wife find themselves in each other, not when the surname is changed. Vikram Chatterjee and Madhumita Sarcar are quite suitable.

Indrani Haldar and Sujan Neel Mukherjee as Mithali and Pranotosh have made the situations beautiful by using their comic sense. This is a movie worth watching with the whole family.

In the end, one word can be written. These days, surnames are not changed, and surnames are added. Such as Roy Chakraborty, Bandyopadhyay Pal, and Sen Halder-if that is the case, then there is no harm, right!

Read More: Aindrila Sharma of 'Jiyonkathi' Is Returning to the TV Screen After Defeating Cancer!