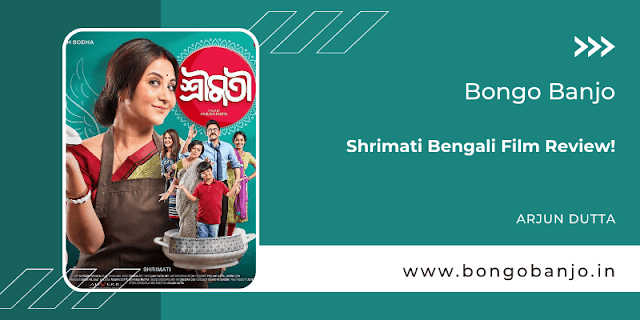 Is Swastika Mukherjee able to catch the eye on the big screen as 'Shrimati'? Every human being has some or other individuality. He or She who is happy with that speciality has no problem in his or her life.

Not at all. But the problem is that he suffers from an inferiority complex. Everyone is complete in their way. Seeing others, if you want to imitate something, go round the barrier. The current flow of life is disrupted.

As happened in the case of chef Shrimati (Swastika Mukherjee), the heroine of Arjun Dutta's new film 'Shrimati'.

With the recipe given by Reba Di, by making new food items at home, husband Anindya, sister in low Brishti, Shrimati keeps the mothers-in-law fascinated.

Her right-hand working daughter Kajal is also one of the family. And Shrimati's shadow companion.

Suddenly the presence of the husband's office boss and his sophisticated young wife Mallika break the rhythm of a happy family. Brishti wants Boudi to dress like Mallika, making her body look modern.

Despite her reluctance, Shrimati Jim enrolled in a class and began to learn to dance. Shrimati has to be brought to the ‘37-24-38 figure ’, the insistence of Brishti.

But what happens in the end? It is recommended to go to the cinema and watch the film "Shrimati".

Everyone is beautiful and normal in their way. Imposed beauty is of no use. At least in middle-class family life. With this essence, Arjun Dutta has decorated the film with a bit of comedy. 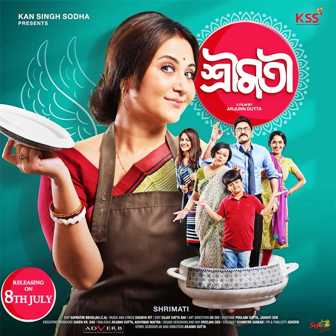 In this new film, Arjun Dutta did not look at any complex problems in his life. He has found small incidents of joy, sadness and heartbreak in his daily life. The director has turned that incident into a movie by arranging it in the form of a collage.

"Shrimati" is not a story of breaking a dream, it is also a story of a temporary catastrophe in the whole world and overcoming it!

As a matter of fact, "Shrimati" is much lighter, lighter than its previous two films of Arjun Dutta. So the style of slapstick comedy has been maintained from the very beginning of making the film.

After going to the office boss's party and wearing pointed heel shoes, "Shrimati" stumbled and started a scandal. And that's where the change begins.

Soham Chakraborty needed to be present as a husband in such a dramatic scene. The director did not keep it.

The speed of the film and the solution to the problem area in a cheerful mood. The two songs in the film add to the story.

Arjun Dutta's management work is clean. But there is no edge of intellect or consciousness. He is happy to make an eye-catching light freak.

This film is led by Swastika Mukherjee. She has also acted very good. The minor flaws of the screenplay are covered by his relaxed acting.

Shrimati's husband's character Soham Chakraborty seemed to be a little overwhelmed by Swastika Mukherjee. Yet he did not make a mistake in trying.

There is only one regret - will our managers turn away from the hardships, sorrows, catastrophes, inequalities, and problems of life.

How long will you have to hide your face from the hard and burning reality with a twist of laughter?

Read More: Trinayani TV Serial to Have a Tamil Remake!