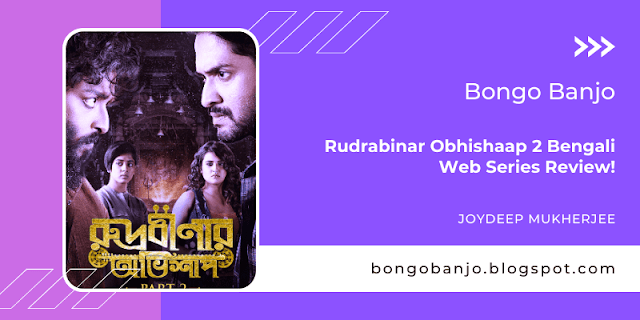 Where the story ends in the first nine episodes of the series, and it starts from there in the last eight episodes of Rudrabinar Obhishaap 2.

In the new episode, Alap collects all of Amanat Khan's discs. But new complications arise with the relationship between Salamat and Kedar. Meanwhile, Nader (Sourav Das) finds out the truth. Seeing the situation as strange, he fled.

Later, Nad kidnapped Saj again. Shruti may know about Rohini's abduction from Alap. The two of them start looking for a revival of anger. He also wants to unravel the mystery of Kedar's identity.

In the end, it is better to see what happens on the Hoichoi platform. However, some things need to be known.

The Mysterious series should have twists and turns. In some parts of the eight episodes directed by Joydeep Mukherjee, the rest is tied to the past. 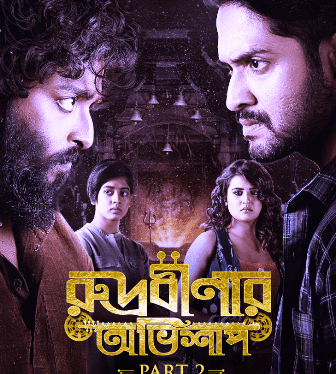 Alap and Naad are the main ones in this series. Shruti (Rupsha) and Saaj (Ditipriya) are the only side characters.

However, the story in the series has lost its way from time to time. Musical thriller ‘Rudrabinar Obhishaap 2’. There must be songs in it. However, it seemed that there was no need to have all the songs.

Towards the end of the song, how did the water come to the dead river? It is better not to think of that argument. Maybe this' creative liberty 'can be taken for the sake of the story. In previous episodes, Saurav Das played the role of Naad.

There seems to be more drama in some of his acting here. Paran Bandyopadhyay has tried his best to become the Mahaguru of Rudrapur.

All in all, the same thing can be said. The director wants to show all the mystery-thrill-love-emotion in a series. However, the beginning of the new episodes of the series was good, but the end was not so good.