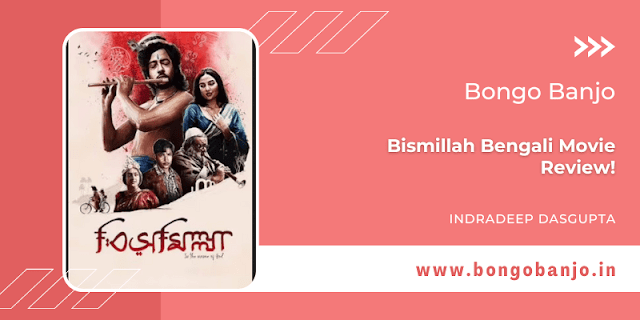 The film Bismillah is a letdown. You can read the full review of the Bismillah Bengali movie here.

From the way, Indradeep Dasgupta won the hearts of the audience with his first film, Kedara, the expectations for his work were a little higher. But it is very sad to say that his second film, Bismillah, could not fulfill that expectation.

The reason is one, the length of the movie. No matter how much you try to modernise the love triangle of Radha, Krishna, and Rukmini in today's context with Bismillah, Fatima, and Uma/Leela.

The length of the film will exhaust the viewer by bringing the song dreamscape, the extraordinary beauty of nature, and the physical love of Bismillah with Fatima!

The conflict between Sanai and Banshi also becomes very fluid after Rashid Ali's death in Bismillah and her love affair.

Son Bismillah enjoys playing the flute, and plays the role of Krishna's lover on the flute at the Radha Krishna Leela festival seen in the village!

But at the request of the old father, Sanai has to take over raising the family and maintaining the lineage. But deep in the heart remains the attraction to the flute.

Subconsciously, he discovers the image of Radha in the bewildered Fatima. Fatima is also fond of Bismillah's flute.

The mutual attraction between the two eventually builds up to the body. But at the request of his mother, he had to marry a Hindu girl, Uma. That is the story magnet.

But screenwriter Padmanabha Dasgupta and, of course, director Indradeep Dasgupta have created various subplots to bring out other aspects of the rural system, which is largely tiresome.

Viewers get a holistic view of a rural Muslim family. Rashid Ali's struggle with poverty with his two wives and three children, his struggle with the modern DJ box with traditional music of the country, and his conflict with a mobile phone with the post office also came into the screenplay. 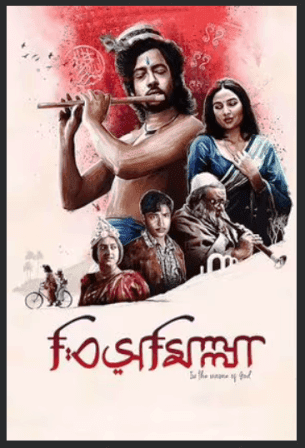 Much like the appearance of magic realism. Shubhankar Bhar's camera has given the natural environment surrounded by hills and rivers in the Purulia region with light and dark and colourful tones. The director has created a magical reality.

Even Fatima's arrival with Bismillah has taken on that surreal look. This director's work is commendable. But DJ Shibu, Dada Hamid's acts of selfishness did not need to be pointed out.

At the same time, Bismillah's appearance in his final journey to Fatima's death is dramatic, and the presentation of the scenes is spectacular, but it does not match the pace of the film.

But the song in this film is the biggest achievement. Arijit Singh and Kaushik Chakraborty sing as Ritam Sen and Sreejatar have shown the strength of their pen in today's talk in ancient tunes.

I can't think of any other person than Kaushik Ganguly in the role of Rashid Ali. He is, in one word, perfect.

From the technique of blowing Sanai to the personality, seriousness, and simplicity of the character, he has done everything fluently.

Riddhi Sen as Bismillah: his acting has a touch of effort, not spontaneity everywhere. The artist does not move his head as much while playing the Sanai, being self-possessed.

If director Indradeep Dasgupta had reduced the three-and-a-half-hour film to two and a half hours, his magical realism would not have been so tiresome.