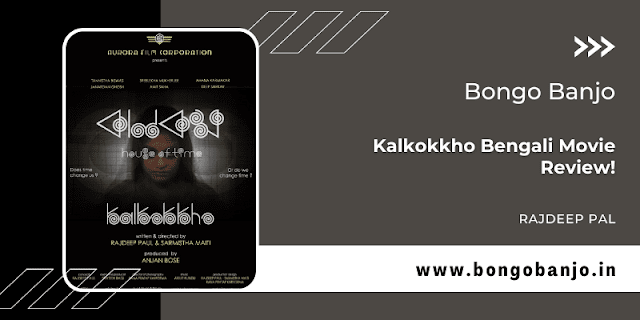 The Kalkokkho movie was finally released after winning laurels in film festivals in many countries and abroad.

The young director duo of Sharmishta Maiti and Rajdeep Pal have been interested in this film since the beginning, the first reason being that the 116-year-old, legendary Aurora Film Corporation returned to film production after almost 43 years of Kalkokkho.

I wanted to see how the production company with film names like Pather Panchali, Jalsaghar, and Aparajito turned out.

The film has already created an international response and has been acclaimed at various festivals. That film came in front of the audience.

As the name suggests, the film is very different. While watching it, I realised that it is quite an experimental film, and the subject matter is excellent.

However, the film does not have the entertaining content of commercial packaging, not to everyone's taste. On top of that, the pace of the film is quite slow.

The screenplay of the film stands in the context of the pandemic situation. The lives of devastated people, their helplessness, the outbreak of deadly diseases and the indispensable role of doctors are the primary themes of the film's story, wrapped in a time loop.

What happened to us during the lockdown, the day-to-day counting while confined at home, has a clear impression in this film. 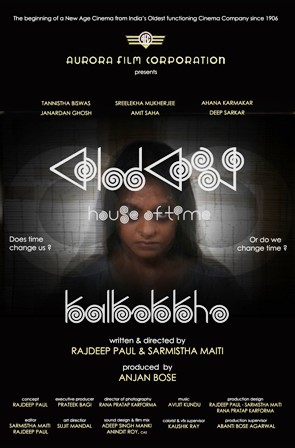 In the beginning, I see a girl who needs a doctor because she has an elderly mother at home. As the doctor refused to come, the girl took another approach.

Then she brought the doctor home and almost arrested him. Boro Mamoni (Srilekha Mukhopadhyay), Mejo Mamoni (Tannishtha Biswas), and Choto Mamoni (Ahana Karmakar) are three characters with the same name.

Everyone addresses each other as Mamoni. Mejo Mamni has taken control of the family. because the mother is old and the daughter is young.

Now the doctor, Janardan Ghosh, comes into their lives. They are all under house arrest. Boro Mamoni's amnesia.

In the monotonous routine of the day, the same thing is said daily by the Mejo Mamoni and the Choto Mamoni. How obesity attacks our mental well-being is reflected on the screen.

This film is very different from the other films. It has a very serious style. The sound design and cinematography deserve praise.

Tannishtha Biswas has acted well as Mejo Mamoni. She brought out his bad mood, helplessness, and fear.

I like actors like Janardan Ghosh and Amit Saha too. The panic-stricken feel of the screenplay has come out beautifully due to the direction of Sharmishta Maiti and Rajdeep Pal. After seeing the movie Kalkokkho, we can control time, or is time our controller?

People will either be trapped in the cycle of fear, or they will find a way out, it appears. Now let's see how the audience receives this film, Kalkokkho.