Friends, Today we will be reviewing the Bengali web series, Bodhon. Bodhon, the new web series from Hoichoi, is bogged down with a weak screenplay. 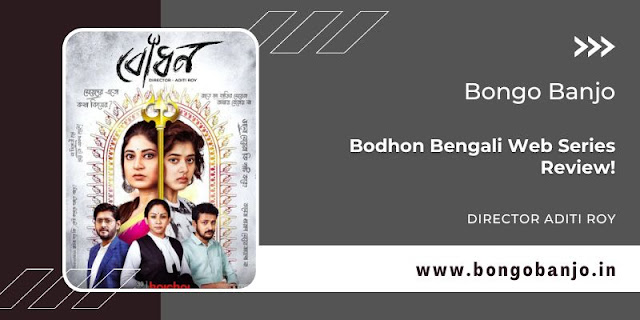 "Are you Batman or Superman so that nothing will happen to you?" "More deadly than that." "Ordinary Woman" is very very dangerous. This dialogue can be considered the theme of the web series called Bodhon.

The trailer, which was released during Durga Puja, made it clear that the web series will ultimately tell the story of female power's triumph.

Director Aditi Roy's web series revolves around the gang-rape of a college girl. Shinjini is a simple girl. She lives with her mother. Her lonely life with studies, friends, and an almost-lover classmate are turned upside down in one night.

She was raped in a moving car in the middle of the night and thrown on the road. Because she is ashamed of not being able to show her face to society, her mother does not want to take the matter to the police.

But in the end, Shinjini started fighting with the inspiration of Professor Raka Sen. The fight to punish rapists. The struggle to return to normal life and live as before.

How successful is the "dangerous" fight of "Ordinary Woman" in the end?

The audience will remember the Hindi movie Pink when talking about the courtroom drama around the rapist. And when we talk about Bengali films, Tapan Sinha's Adalat o Ekti Meye comes to mind. 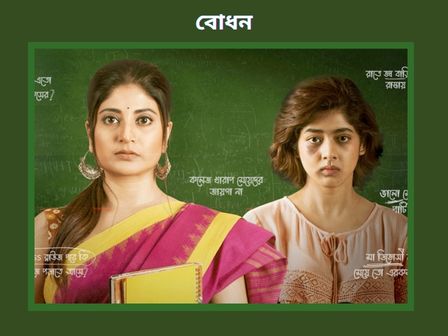 Even though it did not come out as a film, the film Mom is remembered for the helpless expression of the gang-raped girl. Such examples are not few.

Violence against women in this country has been like an epidemic for many days, and it has torn the consciousness and self-esteem of many women. Knowing the statistics is shocking. So it is natural that it will come up again and again as a subject in literature or film.

But can Bodhon touch us the way these films have?

The simple answer is no. It cannot touch Bodhon in any way, be it story or acting. In the title card of the series, instead of the shape of the trident, the director and other crew could not blow the minds of the audience.

It is good to say that the story has progressed in the style of a mega-series. This means, in the end, that if there is a target to bring down the project quickly, this may be the case.

First, let's talk about the story. The story is very familiar to us. However, the attempt to create suspense, in the beginning, is good.

Sandipta Sen likes the role of Raka Sen in acting. Shexcellently portrays the character with silent stares or small dialogue. Chandrayee Ghosh has done her best in acting.

But the rest are all very ordinary. Ditipriya Roy is the most disappointed. Where is the glimpse of the storm going on in the mind of the rapist in her face?

In the beginning, the film "Mom" was mentioned. There, the raped girl says a lot without saying it. There is a lot of dialogue in Shinjini's mouth here. But the character doesn't seem believable at all. 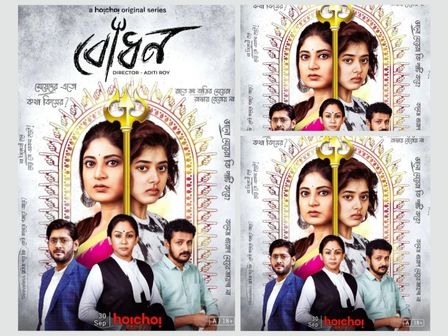 Much else does not seem credible. Is it an evening when Raka is meeting with Shinjini? Because he is sitting on the other side of the car. But just before the incident of rape, he is seen sitting on the opposite side.

This is not clear. The incident took place on Silent Road. But Shinjini went to the party in that car, and nothing was said. Besides, when Shinjini saw the boys making out in the car, she could have shouted something to Raka. Why she didn't scream doesn't add up.

Meanwhile, the role of the media in such an incident at this time is limited to an intern female journalist's investigation. Nothing left anywhere?

While the media is seen covering him while the case is going on, his reaction to the news and public opinion is nothing.

The family of the three rapists is very influential, and although it is said so in the beginning, it is not properly understood how influential they are. There are many more like this. There is no point in making the list long.

In short, this series of web platforms from Hoichoi has disappointed me so far. Bodhon has become a prime example of how a promising idea can be Bishorjan without proper homework.