In taste, smell, and colour, Boudi Canteen is a bit different, at least among the films released during Durga Puja 2022. 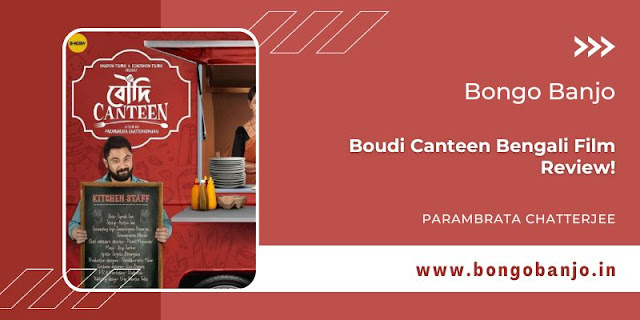 Before the interval, the film seems to be a light-hearted couple's relationship. But as the film progresses, it becomes clear that it is not that simple.

In Boudi Canteen, we see the families of Paulmi (Subhashree Ganguly) and Soorish (Parambrata Chatterjee).

Sourish works in a Bengali newspaper, looking at girls' pages, and Paulmi teaches at a school but dreams of becoming a chef.

She loves to cook. But the mother-in-law never wants the housewife to be busy in the kitchen all day. On the one hand, it will seem like, "Wow!"

Very progressive in-laws. Maybe for many girls. Ideally, he should have an in-law who encourages him to work outside. But this is not the case with Paulmi. Because she loves to cook.

Cinema is a medium that can influence a large audience. As a result, when the central character finds release in the kitchen at the beginning of the film, it seems that the film directed by Parambrata Chatterjee is unknowingly celebrating the task that has been assigned to girls for ages.

Because the central character, Poulmi, has repeatedly raised the question, is being like a boy the freedom of women?

You have to understand where the idea of being like these guys comes from. Whether it is freedom or not is another matter.

The first step towards freedom is the right for girls to break the rules set by patriarchal society and participate in various activities regardless of gender, i.e., to be able to do the jobs of boys.

And whether or not someone like Paulmi, as a girl, chooses to do the tasks set by the so-called patriarchy on her own is part of personal liberation. 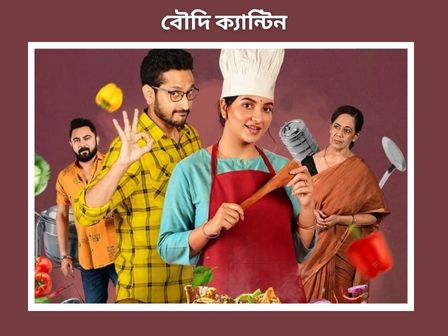 And the next step toward women's freedom. Because the majority of women are still victims of patriarchy, most girls consider freedom to be out of the shackles.

Because whether they want it or not, the husband will do the office and they will give it to their mouths. In our house, mothers never have a day off from the kitchen.

As a result, the responsibility for this film directed by Parambrata Chatterjee has grown significantly.

The director has a responsibility to make it very clear that Paulmi's dream is very personal and that Paulmi is no longer speaking for the five girls. She is not a spokesperson for modern women.

Paulmi's friend tells her, "It is not so simple how to see which is feminine and which is boyish and how to take it."

Very important and should have been said in a little more detail. Besides Paulmi's character, there should have been another side character who dreams of going out and getting a job. It's not that it doesn't exist at all.

Paulmi's mother-in-law's character is progressive, believing in girls conquering the world. But his characterization is brought out with a hint of patriarchy, which means it is almost like a rule for her.

Not only that, she believes in maintaining class in manners, in everything, and there the issue of class discrimination also comes up.

When something becomes a chain, it is no longer free. In Paulmi's case, it, therefore, becomes binding. But why her mother-in-law is like this is shown at the end of the film. 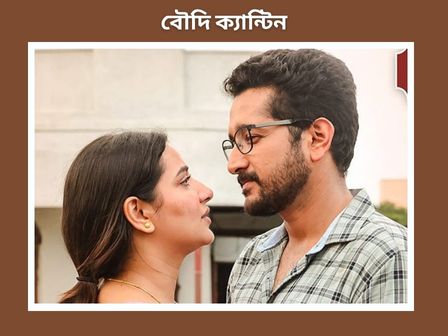 The third layer of the film is the character of Parambrata Chatterjee or Saurish. Saurish is exactly what an ideal husband means. Hiding from the mother helps the wife become a partner in the startup canteen. He encourages everything.

He writes with great care on the pages of girls because he has enthusiasm. But after a while, the job goes away, and he starts getting jealous of his wife's work and business partner Bablu Da (Soham Chakraborty).

But silence may not always be the sign of a soft heart. Silence can also be toxic. It is clear in one scene in the film. In my opinion, this is the best sequence in the entire film.

Standing on the roof and listening to the conversation between Sourish and Paulmi feels very familiar. The eyes get wet. Sourish comes and apologises to Paulmi, and says a lot of stuff.

Saurish has been abused since childhood by falling under the rule of patriarchy that a man has to be manly. He was always told to be more 'tough' as he was soft-spoken, liked to comment on girls' clothes, and cried in pain when he fell.

He constantly tries to become a different person by abandoning his natural behaviour. These three characters in this film have their struggles. Various questions have been raised about gender roles.

While Paulmi's character is in focus, I feel Saurish's characterization is the most carefully written and nuanced in the short range. Despite the power of the girls in the film, the female character has to get the momentum to go deep into the heart, and hence the writing is a bit over the top.

However, after seeing this film, many ideas are created, and the question is whether the film will succeed or not. Thanks to Parambrata Chatterjee for raising these questions.

Actor Parambrata Chatterjee is doing well. Supporting actor Soham Chakraborty is not as expected. Anashua Majumdar is very good as a mother-in-law.