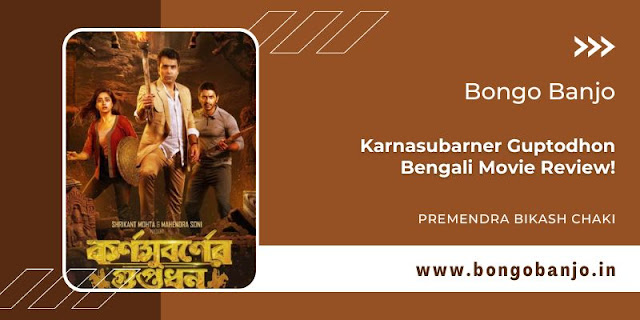 And this is very important in the post-COVID era. The most innovative aspect of this franchise is the three characters created from original ideas that span the history of West Bengal with entertainment, which is now very popular in West Bengal.

Sona Da or Subarna Sen, Abir and Jhinuk are known to Bengali cinema lovers. There is no doubt that the historical researcher and treasure-hunter Bengali intellectual, Subarna Sen, has made a place in people's minds.

And leaving Byomkesh's Dhoti and Punjabi in today's modern guise, Subarna Sen or Abir Chatterjee is perfect for this role.

The catch of this film is to wrap a serious subject in Bengali sentiments, mix it with Bengali humour, and present it as sweet.

A proper package is full of Bengali sentiments, history, and adventure. And they did not have to spend 400 crore rupees like Brahmastra. We have to compare this film with Brahmastra because no matter how much business it does, Bengali's Sona Da will be ahead in the race of originality.

Because, when judging the content, director Dhrubo Banerjee has defeated Ayan Mukherjee. Because Sona Da's character is rooted in the soil of West Bengal and originates from there, I think so.

This time there is a lot of running and jumping in the treasure hunt, but there is also a sense of comedy. After taking the main villain's entry in the second half, his fight with Sona Da will make you laugh out loud.

Especially Rajatava Dutta and Arjun Chakraborty's comic timing. It is a great experience to see the various unexplored locations of Purulia and Malda.

And for people who don't know much history, like me, after seeing the movie, I was forced to learn more about King Shashanka with the help of Google.

Rohtasgarh is real on our map. The Rohtas Fort in Rohtas, Bihar is associated with King Shashanka only by searching on Google. 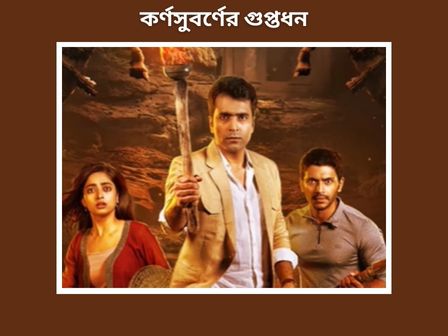 And this is perhaps the success of the director. Each will affect the audience differently. Some will go home with Jhinuk, Abir, and Sona Da's leg-pull and some will want to brush up on history.

Dhrubo Banerjee is behind the screen, and Abir Chatterjee's magic can be seen on the silver screen as his ambassador.

Who else could have been Subarna Sen except for Abir Chatterjee?

And who would have become like Chanachur without Jhinuk, played by Ishaa Saha?

But yes, the dose and presentation of historical information could use a little more thought. We know Sona Da knows a lot, but being perfect in every situation takes away the fun of watching a movie.

As humans, we want to see people like us who make a few mistakes. If not, how can we relate?

But as an audience, you can enjoy this film. After all, we all went to the theatre for Durga Puja. You may enjoy this film with your friends, family, or someone special.