Friends, Today we will be reviewing the Bengali movie, Kacher Manush. Superstar Dev and Prosenjit Chatterjee's Kacher Manush is a film about never giving up and coming back to life.

The Kacher Manush film is directed by Pathikrit Basu. The main actors are Dev and Prosenjit Chatterjee. The main actress is Ishaa Saha. 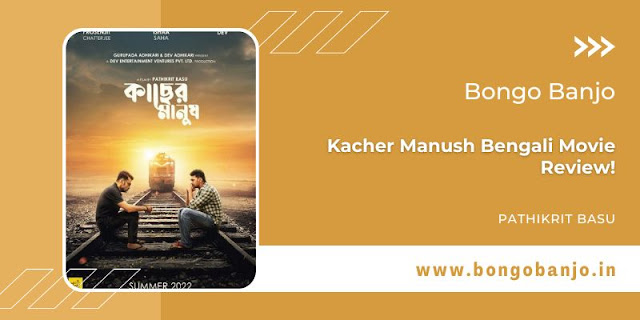 I went to watch Bengali films at the multiplex on Saptami and the theatre was almost full. I understood the immense attraction of the duo of two heavyweight superstars.

It remains to be seen whether that attraction can sustain the nearly two-and-a-half-hour film. What I found as an answer was that in a city wrapped in light, two people gave birth to the belief that in telling the story of dark life, the sun-dappled dream can be touched at the end. 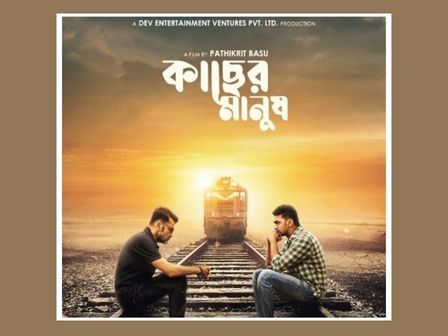 As a result, after all, the air of happiness makes the mind feel good. This movie speaks of the Kacher Manush that can be found beyond blood relations.

From the beginning, it has been understood that money is the root of all evil. So, to see the extreme consequences of a lack of money in the life of the common middle class, consider Kuntal (Dev), the film's main character.

The unemployed boy once worked as an accountant. cheated by putting money in the chit fund. His brother is also a chit fund agent. As a result, the creditors would knock on the house anytime. 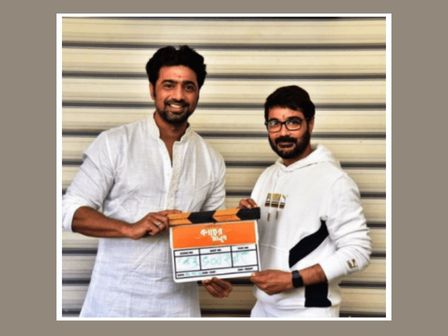 They have no father. One day, Kuntal slapped his brother during an argument. Unable to handle the stress, the brother committed suicide. Then the mother becomes cynical and paralyzed.

What will Kuntal do now? How to handle so much debt, living expenses, and his mother's treatment?

We often see how the lives of unemployed people are being ruined. Even if they go from office to office, they can't get a job. At that time, Kuntal meets Sudarshan (Prosenjit Chatterjee), an agent of a life insurance company. 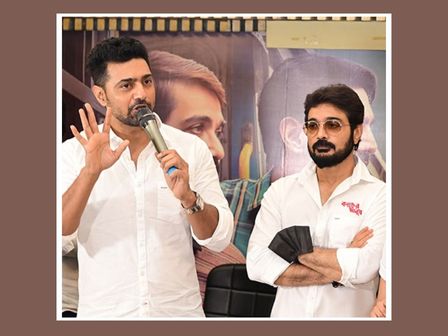 When Kuntal tries to commit suicide on the railway tracks, Sudarshan stops him. Sudarshan is not that simple.

He says to Kuntal, die by making a policy when you die. In that case, the mother's life will be saved with the policy money.

On the other hand, Sudharsan's financial condition is also extreme. People also have a bad reputation for paying premiums. There is a shadow of sickness in his house too. 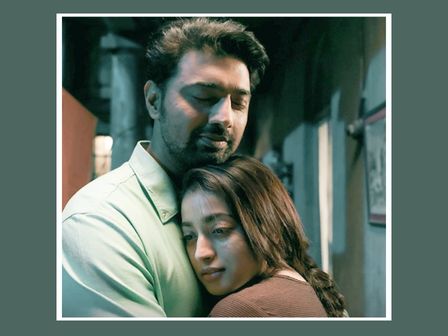 These two poverty-stricken people get involved with each other. Sudarshan searches for Kuntal's death one by one, finding the place of his sudden accident. Kuntal's interests are also involved in this.

Meanwhile, Kuntal meets a sweet girl named Alo (Ishaa Saha). Love spreads easily. But if Kuntal moves towards life, the insurance money will not come, and he will have to walk on the path of death!

The insurance agent tries hard to steer him on a journey to death. On the other hand, a sweet girl strongly pulls him toward life. 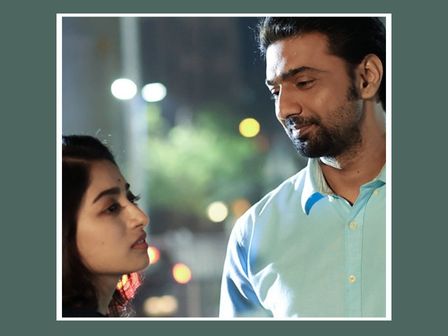 Suicide or survival? Is Sudarshan good or bad? Will Kuntal be able to turn around, or will it sink? Will the light blink up for Kuntal's life?

It looks good. But sometimes the song stopped the pace of the film. Although the songs "Chumbok Mon" and "Mukti Dao" suit the mood of the film, the number of songs would have been better for the film.

Director Pathikrit Basu has thought a lot about the people standing on the edge of the chasm. Susmita Chatterjee played a very important role.

Now coming to the subject of acting, Prosenjit Chatterjee brought out the dimension of a grey character like Sudarshan on the silver screen. 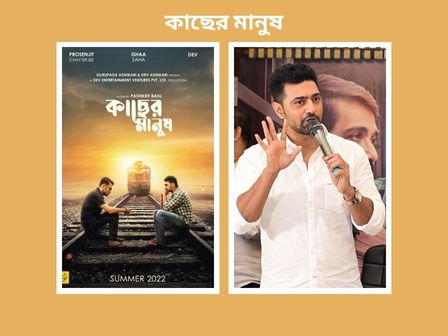 Dev is well-liked because, despite his limitations, he has fought on an equal footing with Prosenjit Chatterjee. Between these two superstars, Ishaa Saha is like a morning flower.

Her perfect expression in every shot is mind-blowing. Ranjit Mallick is excellent in a minor role. Tulika Basu is also excellent as a mother figure.

All in all, it is a movie about seeing Kacher Manush, a film about returning to life without giving up.

The Kacher Manush film is very good. I suggest you visit this film at least once. But this film also suffers from competing with other films such as Karnasubarner Guptodhon. This film did very good business at the box office.

But Kacher Manush is a far better film than Karnasubarner Guptodhon. In terms of music, acting, and storytelling.