Friends, Today we will be reviewing the Bengali movie, Mission Everest. Mission Everest is not a biopic of Sunita Hazra but a story of a faraway expedition.

Among the few films released this year, Debaditya Bandopadhyay's Mission Everest is a completely different genre of film. 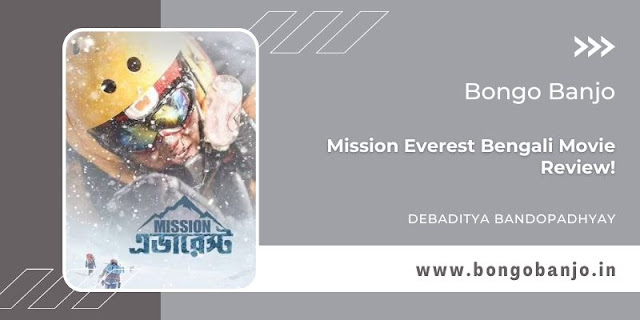 We have read in books or seen on Discovery or National Geographic about various human expeditions around the world's highest peak.

At least I don't know that there is a film about the Everest expedition in the Bengali film industry. From that point of view, Debaditya Bandopadhyay's step is very bold.

However, making this film is a challenging task, overcoming hurdles like budget and adverse weather conditions. So both the director and the petitioner deserve praise.

First of all, this film is not a biopic of Sunita Hazra. But based on the events of her life, many fictional characters have also appeared in the movie.

A Bengali audience will get a taste of seeing the snow mountain while sitting in the cinema hall. People have a strange fascination with Everest. Many people go on expeditions every year. Some can reach Everest, some cannot.

Is there such an attraction that people want to reach Everest after enduring thousands of hardships and overcoming obstacles?

Looking at the film, you can get a little idea of it. Why do you want to touch Everest? - The director most likely took the risk of filming in such a remote location to capture this location.

It is known that the shooting took place in Spiti, Ladakh at minus 24 degrees. The temperature was often minus fifteen to sixteen degrees during the day.

Along with the lack of oxygen, it was very difficult to maintain the continuity of the shooting while wearing mountaineering clothes. 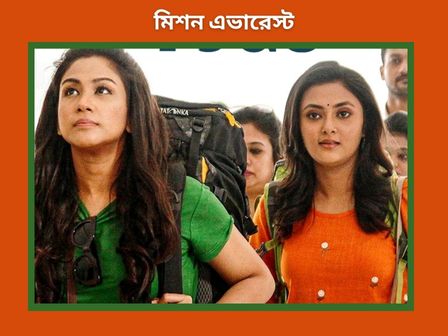 What is the story of Mission Everest?

Mountaineers from all over the world gather at the base camp with the dream of conquering the hills. The journey starts after understanding the weather and time. One such enthusiastic group started their journey.

Who is led by Rajib (Deep Shankar Dey), a tough mountaineer? whose father once participated in the Everest expedition. Rajib has a past with the Hills.

The team of seven has youngsters as well as experts like Sudeb Babu (Goutam Mukherjee). There is a vendor who has saved money for the expedition.

There is a young woman named Paromita (Megha Chowdhury), who has raised money for the expedition by selling her ancestral house.

There is Suchanda Hazra (Chandrayee Ghosh), who is a housewife but has tried to win the Everest twice before. Leaving her husband and children at home, she also came to touch her unfulfilled dreams.

This character is designed as Sunita Hazra. The story of the film is about the various obstacles in the journey of this group of seven people.

If you love adventure, you can watch this movie. However, the structure of the film's screenplay is not solid. But the effort is commendable.

Chaiti Ghoshal is a journalist, and Shantilal Mukherjee is an experienced former mountaineer. Besides, Rana Mitra, Krishna Kishore Mukherjee, and Bidisha Chowdury are seen in other roles for a short time.

Sunita Hazra came back from near death in 2016 by going on an Everest expedition. That harrowing experience is the inspiration for the film Mission Everest. Those who love the mountains will like this movie.