Friends, We'll be reviewing the Bengali film Jhilli today. This is not the city of joy. Director Ishaan Ghosh's Jhilli tells a different story of Kolkata.

Almost every major city in the world has another city under its belly. A place devoid of glittering cities, skyscrapers, shopping malls, and opulence. 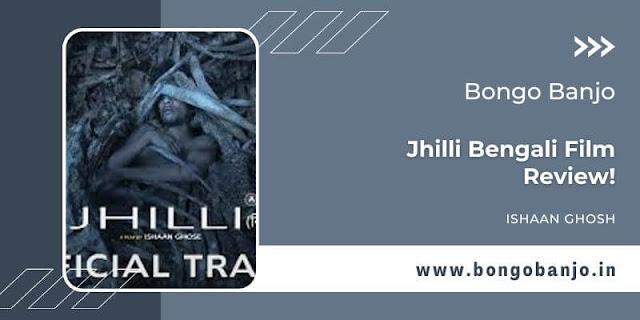 That place is the refuge of the poor and common people. Humans live in conditions worse than animals in areas where the light of so-called civilization has not reached.

That place is the underbelly of the city. Of course, there are many such places in the city of Kolkata, but the most notorious and dirty place is called Dhapa. The only place to dump all types of garbage in Kolkata.

There are also people. There are men and women, bone-crushing factories, factory workers, and houses. But there is no line or light in ordinary life.

Bakul, Ganesh, Guddu, Champa, and Bishwanath are all born, live, and die in a very dirty environment. No, that's why there is no protest prevention. They accepted their luck.

But, the young director Ishaan Ghosh could not agree. Although father Gautam Ghosh is behind the camera, Ishaan Ghosh tells the audience in the first film that the team of Bakul and Ganesh, who survive worse than death in Kolkata's underbelly, also dreams of flying in the distant sky to be a little better.

Such angry, bad-tempered, and disorderly life pictures have not been seen before. Yes, Qaushiq Mukherjee did a film called Gandu.

But what sets it apart from Ishaan Ghosh's Jhilli is the director's sensibility, the sincere affection for the performance, and Bakul's character.

No, there is no story in this film. Some people in the Dhapa area keep daily life diaries. Where there is too much friendship, sympathy, jokes, craziness, and abuse of mothers and sisters! 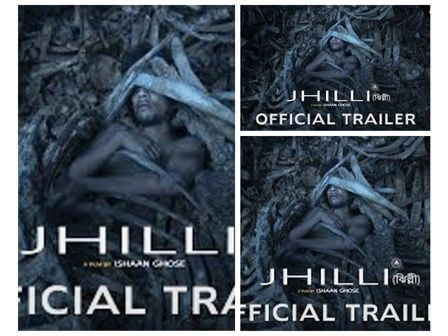 At the same time, Ishaan Ghosh's camera captures the pulse and noise of people's lives there. Such a story about Kolkata has not been seen in Bengali films before.

Director Ishaan Ghosh showed that even Bengali films can become so fast with camera movement. The background music of this film is of such a rare genre. It is completely integrated with every moment of the film.

If the background music of Soumajit Ghosh and Rajarshi Das is left out, almost the life of the film will be lost. Aranya Gupta overcomes a little discomfort in the beginning, and finally, he is the protagonist of this film.

When Ganesh tries to take her away from the dirty environment of the steps, he shouts, "My mother was born here; I was also born here." I will stay here. His screams fade into nothingness.

Aeroplanes and free flights of vultures are like a dream flight for the people of Dhapa, which remains incomplete for everyone. There is no message of hope in the film, nor is there supposed to be one. Life moves at the pace of reality, and dreams are unreal there.

Bitan Biswas, Aranya Gupta, Sayandeep Guha, and Sombhunath De, all of whom are the same war comrades as Ishaan Ghosh, make the life battle of being cut off from society (Jhilli) real on screen with a such angsty passion that at times the film almost feels like a documentary. can be thought of.

Ishaan Ghosh started the work on this film with the idea of a documentary. So the thoughts and sense of life received through DNA from his father, director Gautam Ghosh, have entered and made Jhilli a burning piece of life.