Friends, Tritiya, a Bengali film, will be reviewed today. The Tritiya Film Talks More About the Mystery Behind the Murder. 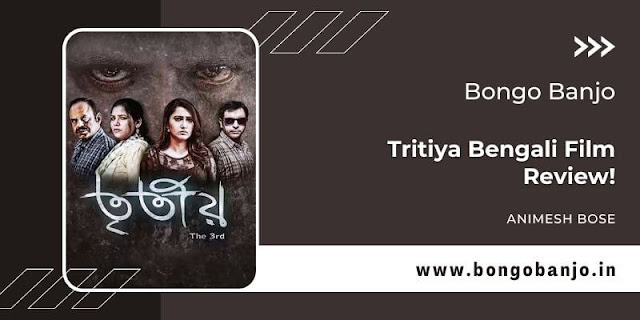 The thrill of any mystery is perhaps at its highest when there is a murder in the story. No matter how brutal murder is in real life, it is like a puzzle in film and literature.

Perhaps this is the natural attraction of director Animesh Bose's new film, Tritiya. Sandeep Dutta (Joy Sengupta), a high-ranking employee of an ad agency, is murdered in a hotel room in Purulia.

The doctor initially assumed that he died of a massive heart attack. But the inspector of the police station began to have doubts.

In the end, the post-mortem revealed that Sandeep Dutta's death was unusual. He died of poisoning.

So? Who killed? Why did it? In short, this is the attraction of the film Tritiya.

But is the Tritiya just a murder mystery? Not. Although the story revolves around a murder, the director has also moved forward with much-discussed issues like marital breakdown and alienation.

The strength of this film is that the subjects are familiar. The crisis of characters is also not unprecedented.

Yet the screenplay's thick texture and excellent editing hold the viewer until the end. Almost two hours passed by quickly.

The story of the film is briefly like this. Sandeep Dutta is practically a lustful man. If he doesn't get constant female companionship.

Naturally, after his wife Sharmila (Sudipta Chakraborty) came to know about it, their marriage was completely spoiled. 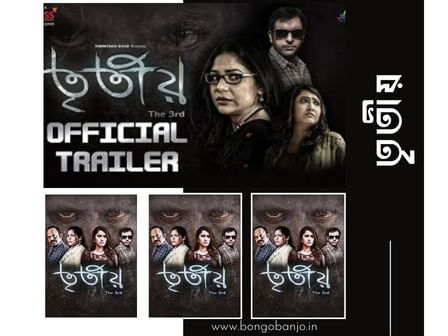 Gradually, the relationship develops into love. But for Sandeep Dutta, this is purely a physical relationship.

Sandeep Dutta was suddenly killed in this situation. The shadow of mystery begins to thicken over the story.

The new addition to the list is Birendra Pratap Hazra. Time will tell if this police officer from Baghmundi police station will be seen again in any film.

However, it is undeniable that this character, played by Rajatava Dutta, is the biggest attraction of this film. Along with his loud voice, the actor has played a role that is just amazing.

Apart from Rajatava Dutta, Sudipta Chakraborty's performance is memorable as always. But Sampurna Lahiri's performance seems quite strong in some scenes.

Joy Sengupta, as well as Sandeep Dutta, are good. But director Animesh Bose and editor Arghyakamal Mitra take the film to a point that leaves you reeling even after the end. But the beginning of this film is quite slow.

The surprise at the beginning of such a film is invisible. Apart from this, the production of the film is lean and smart. which continues until the end

So far, there has not been much publicity surrounding the film. It would be unfortunate if such a carefully crafted film could not reach the audience because of it.