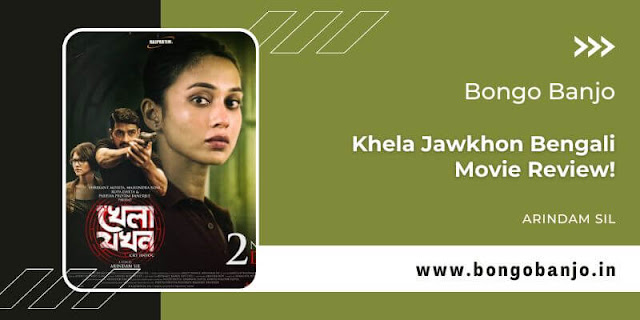 While making a film about the story of Feluda or Byomkesh, director Arindam Sil presented a great mystery, jihadi, patriotism, mental illness, and action film to a West Bengali audience!

His new film, Khela Jawkhon, is proof that our Bengali film industry also thinks about the activities of international jihadists and can write good scripts.

In the film, Indian Intelligence Service, the Jihadis have contact with international banks. But there is not much visibility of their terrorist activities.

The jihadi action in the film centres around one family. Sagnik (Arjun Chakraborty) and Urmi (Mimi Chakraborty) are happily married couples. She also has a teenage son.

Suddenly, Sagnik and Urmi's only son dies in a car accident. Urmi is seriously injured and loses her mental balance. Her in-laws are in Odisha.

Urmi returns home after recovering and hears that her son is not dead. She wishes to have a child. But her husband, father, father-in-law, and mother-in-law all say that her child has died.

She is mistaking fantasy for reality. Meanwhile, a mysterious young man named Harisadan entered her house. He tells Urmi that her child is alive. 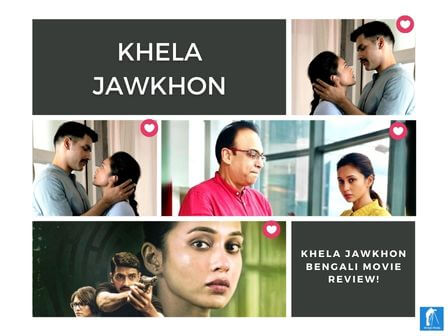 So the mystery begins. An atmosphere of mystery is also created in the phone conversation with her father. So Arindam Sil created the world of a thriller until the film's interval.

What is the true identity of Sagnik? Is Urmi mentally ill? Why did Urmi write her name Aparna while signing in to the shop? Why is the name Mehjabin coming? Who is the bank manager, Mohiuddin Kamal?

If you want to know the solution to all these things, you have to watch Khela Jawkhon once. Arindam Sil has done an excellent job weaving the screenplay for the thriller's audience.

His co-stars all wear the mask of mystery quite smoothly throughout the film. In this case, the first name must be Mimi Chakraborty. She has handled everything, even the action scenes, with a very strong hand.

Arjun Chakraborty has become as a Sagnik. He is very clever in revealing the duplicity of the character. Well done. Actor Barun Chanda and even Alokananda Roy gave great action shots.

Harsh Chhaya is a gentle and humble villain. Arna Mukhopadhyay's performance does not lack a touch of comedy. But in the very last scene, Arindam Sil himself appeared and gave the final surprise.

But the question arises: is this film returning with a sequel? That's clear on timing. However, Khela Jawkhon is a one-time viewing experience.