Friends, Today We Will Be Reviewing the Bengali Film Kothamrito. Married life happiness or silence! Kaushik Ganguly and Aparajita Adhya's Kothamrito are falling for a weak story. 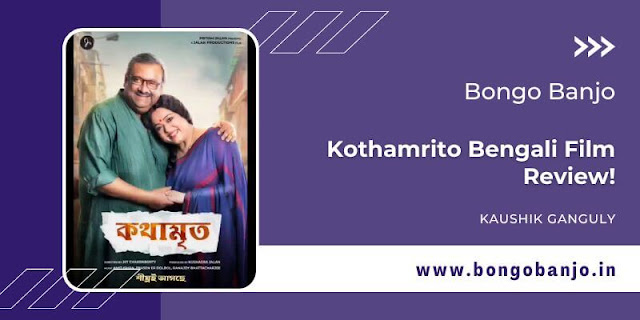 It has been known for a long time that married life is happy with joint understanding, mutual respect and love of husband and wife.

The tone of happiness ends when the love, respect or misunderstanding of any one of the two people decreases.

This is the eternal rule. But the Bengali film Kothamrito released last Friday wanted to inform - no, this fact is not correct. Misunderstanding or lack of respect or love, marriage is happy without one of the two talking!

Tell me what's funny! So, one's dumbness is the truest key to a happy marriage! That is shown in the film Kothamrito. All family problems are resolved only when the word is dead.

To know how it will be – it is necessary to watch this film once, a little can say 'what else legal warning!' 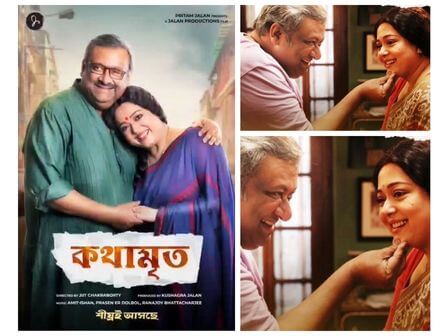 A time becomes unbearable even for the wife. At such a time, the screenwriter applied his brainchild trick. Almost suddenly, an accident 'caused' her husband's voice. Peace returned to her house. The child also came to her house.

Along with Kaushik Ganguly and Aparajita Adhya, Biswanath Basu and Aditi Chatterjee's characters are cast as a neighbour couple, whose married life is also in turmoil.

How they got to know the deep and secret story of Kaushik Ganguly and Aparajita Adhya's biography and leaked it on social media to bring out the real truth is unbelievable, ridiculous, and unreal at the same time. 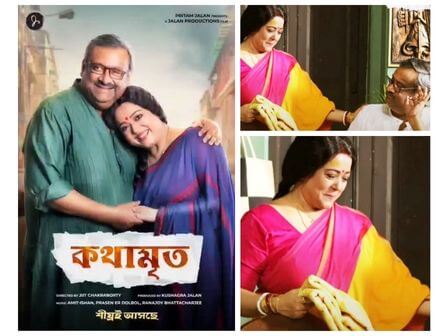 Can you ever feel like watching a 'surrealistic' film? Why did a reasonable person like Kaushik Ganguly agree to act after hearing such a ridiculous story?

The audience can ask that question. No, he didn't act badly at all. His performance in both episodes vocal and silence is convincing. Yet there remains a 'but'.

Aparajita Adhya is no exception as house wife. Biswanath Basu and Aditi Chatterjee are in short victims of the weak and unrealistic screenplay.

The songs by Rupankar Bagchi, Anweshaa Dutta Gupta and Prasen Mainak are a bit of a relief. And there is Madhura Palit on camera showing everyone the beauty. But the real beauty of the film is probably the story. But this is missing.