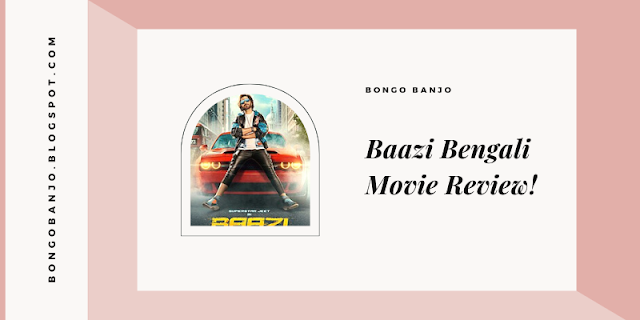 Hello, Bengali movie lovers today our topic is Baazi Bengali Movie Review. Jeet in Action and copy and paste of Southern movie, it would take courage to watch 'Baazi'!

It was thought that Tollygunge would not burn its hands in the copy and paste method, a lot has happened! But seeing the 'Baazi' did not make sense.

At least the superstar Jeet's attitude didn't make sense. In 2016, the Bengali version of director Sukumar's Telugu film "Nannaku Prematho" was produced by this 'Baazi' with help of Jeet production. Junior Jeet himself tried his best to prove himself in almost every frame of the film by taking the place of NT Rama Rao.

Anshuman didn't even have to be Pratyush's 'director' to show that Tollywood is still very good at copy-paste work. Does the director need to copy and paste again?

The whole background of this photo is the city of London in Britain. Jeet may have thought that he would bet by showing London to the action-hungry viewers of Bengal.

But he still doesn't understand why the Bengali is looking for a good story in the story! This ‘Baazi Review’ could not give the audience anything new except fatigue with the ghostly brawl and the jellyfish punch in the incident! 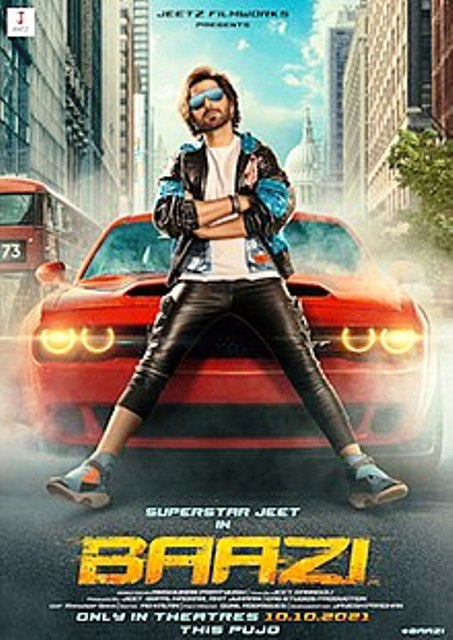 KK Vardhan (Sabyasachi) is now a businessman in Great Britain after cheating on his father Rudra Pratap (Abhishek) And Rudra Pratap is sick in bed. The doctor said the lifespan was only one month. He has two sons - a big angel lawyer, little Jeet (Aditya).

The profession is unknown, but there is a lot of professionalism in dealing with emotions, love and fighting. To reduce his anger, he can kill Vrindavan (or London or Ireland) almost anywhere without any reason. A strange incident called 'Operation Zero' begins!

Rudrapratap's daughter Kaira (Mimi) first played a love affair with the protagonist of 'Adi', played a lot of computer account hacking, which did not understand the head or Laza!

Hondo-looking fighters were occasionally seen in London itself, with whom every relay ‘Adi’ was seen for no apparent reason.

However, the love of the protagonist cannot be explained without mixing the spice of the dance song with Kaira, so all three songs like this have been inserted just like the original Telugu film.

The audience knows how the gossip in the film will end, but to get there, the spectators have to be harassed in the manner of playing snake-ludo, it is a bit like a sleeping pill.

It doesn't feel bad to listen to three songs to the tune of Jeet Ganguly. When it comes to acting, Sabyasachi Chakraborty has to be mentioned first.

He is a villain, but he has acted in a very low voice, so it feels good. Mimi is a beautiful heroine but she didn't get a chance to act in the film. Bishwanath Basu, holding the lamp, just remained.

Jeet alone has taken away the whole screen. ‘Baazi’ so you can do ‘Baazimat’ by copying in this Durga pujo!