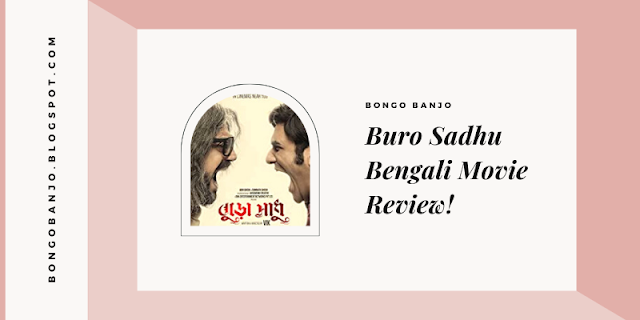 Some pictures create a lot of expectations in the beginning. But later on, though not exactly misguided, perhaps a little distracted. So sometimes it slips.

As beautiful as many things are in thought, its beauty fades a little in presentation. Ritwik Chakraborty, Chiranjit Chakraborty, Isha Saha, Mishmi Das staring 'Buro Sadhu' is a bit like that.

The Bengalis who are now reading media reports and reviews and knowing what is content-based are the target audience of this film consciously or unconsciously. If there is a good photographer, editor, and good actor, the film will have a sparkle. At the beginning of this film, the viewer will get that glitter full.

Ritwik's spontaneity, his special look for the character in this film - when everything starts to look good, a lot of hope is created in the mind, then a little bit of gloom starts to subside. The language used in the film, in the beginning, for whatever reason, sometimes falls short of the standard of cinematic language. 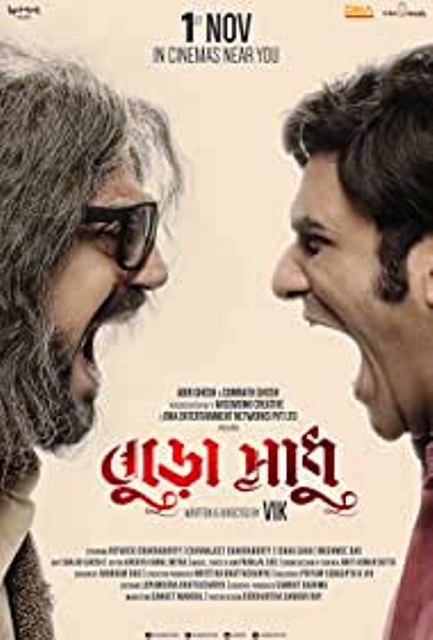 The quality of cinematics fluctuates a lot like the sinusoidal curve. So before reaching the middle of the picture, it seems that like the intoxicated central character, this picture also stumbles from time to time. Click and distinct - the two seem to be suffering from a bit of bipolar disorder. That is the crisis of the central character again.

In other words, if cinematics and language are in the A-plus category in 65% of the film, then the remaining 35% is in the A-plus B category. Those scenes and sequences could have been given better quality treatment. That 35 percent prevented the film from becoming very high quality. The chances of the ‘old saint’ reaching much higher heights than what he is now were huge. But did not arrive.

And like five Bengali movies, gender bias is impossible in this movie too. It's not that the director or the screenwriter has to think of the story with gender in mind. But the masculine impression is evident in the structure of this picture.

A Bengali film released in 2019, which is made for the modern-minded audience, the role of women is just a beautiful outfit lover or a mother who is overwhelmed to manage the family! Just That's It, and in fact, no female character can make such a contribution to the life of the central character, on the contrary, it brings various problems!

That's it, masculinity on top. Sensing viewers will understand where the gender bias lies in an ambush by looking deeper into the picture, the character, and the way the crisis is created. However, there is no point in blaming the director and screenwriter for that. This flowing society is sitting under the umbrella of a patriarchal coop.

The most admirable thing is that this picture is not very predictable. Even if some clues are left out, the viewer becomes distracted and forgets to pick them up. So the final twist, the climax build-up is pretty good. It's a bit of a rush towards the end of the picture, it would have been nice to take a little more care in the last part.

The film "Buro Sadhu" manages to entertain as well as inform, with Ritwik Chakraborty in the lead and the Chiranjit-Ritwik duet at the very end of the film. Mishmi and Isha are both good but their acting opportunities are limited. The same is true of Dolan Roy and Debesh Roy Chowdhury.