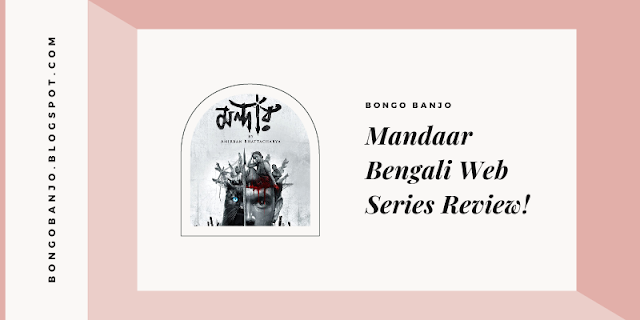 The forehead in the lap of tomorrow. Some are kings, some are fathers of kings. ” Whose head is crowned tomorrow? This question is not as simple as the question of how far one can go to become a human being. Conflict, violence, vengeance, the calculation of when the gift will suddenly come into play is very complicated.

Would the "Mandaar" have been calculated had it not been for the sudden onset of prophecy in the night? Shakespeare was finally seen on the OTT stage in Bengal holding the hand of Anirban Bhattacharya. Macbeth returns to the Hoichoi platform as Mandaar.

Gailpur is a marginal town. Salty breath of the sea all over his body. The 'king' here is Dablu Bhai. In whose hands is the exclusive ownership of the fish wolf. His two faithful servants are Mandar and Bunka. Those who know the story of Shakespeare's play know that Macbeth murdered Duncan at the hands of the Crown Prince.

Here in the same way he killed his brother Dablu and took the kingdom of the fish wolf into his own hands. Then? Only the reader of the play will know how the crown of the head became a crown of thorns, what future awaits Mandar who is trapped in blood-clay-sweat.

However, Anirban did not follow the play exactly. Many places have changed like his own, bringing new characters. So for those who have not read the play, there are many surprises for those who have read. The end has changed in the same way. How it is, can't be said to survive the spoiler in the normal way.

Shakespeare's practice is associated with the Bengal Renaissance. Bengali received the first successful translation of 'Macbeth' by Girish Chandra Ghosh. Attempts at conversion also began shortly. The names of 'Rudrapal' (184) and 'Karnabir' (185) also match in history.

In the new millennium, the 'Mandaar' was added to that list. Expectations have been high since the trailer was released last week.

Was the web series of five episodes able to fulfill that expectation? The answer to this question, however, is not difficult. Anirban was very successful in the first test. Such a brilliant production in the Bengali web series will undoubtedly encourage others to remake such classics. 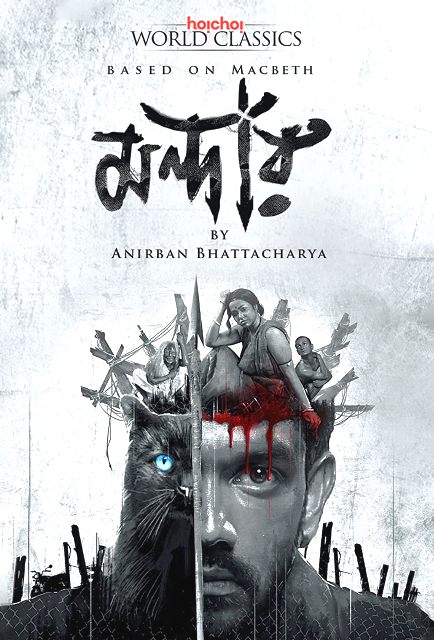 In the Bengali version of Anirban, Lady Macbeth has become Lily, Duncan's follower Banco has become Bunka, McDuff has become Madan, Duncan's eldest son Malcolm has become Moncha, Banco's son Flians is here Fontus. Although Duncan's wife is not mentioned in the original play, that character is kept here.

MacDuff's wife has been made his sister again. In this way, Anirban has built Mandar like himself. Gailpur has developed its world. The biggest change is probably the adaptation of the famous Three Witch.

Here they are mother, son, and pet cat. Their presence is creepy, uncomfortable. They have been counting the time of Gailpur all the time. Their vision is revolving everywhere.

The character of Anirban in the film is also a new addition. He is an iconic exception in the whole of Gailpur. While there is a clear resemblance to the regional Bengali language in the words of the rest, the police officer Muqaddar started speaking in English from the very beginning. His Bengali is also completely 'polished'.

The character slowly enters the story. Anirban has made the character neat for himself. But still, it seems, he was stuck in what he was supposed to be from the very beginning. In the end, the character seemed to have more expectations.

Maybe because Anirban is acting. It must be admitted, however, that the kind of character we are accustomed to seeing here weaves a character quite different from him.

Not only well-known actors like Anirban or Debesh Roychowdhury, Sohini Sarkar but everyone has been mesmerized by the performance. In the role of the temple, Debashis has to be mentioned separately. He brought Mandar to life only through the expression of his eyes.

There was constant tension, which was very necessary to maintain the idea of ​​what is happening. Each frame has been made with utmost care. There are various symbols used. Various symbols like cat or fish have been shown around.

Mandar has been wearing red sunglasses to signify the red color of power. There are countless examples like this.

In one scene, the way a mannequin is painted next to a temple wearing sunglasses, or a sex scene in parallel with a goat meat cut in close-up, explains how each scene is woven into the fabric. It is possible with the touch of acting, camera, and background music.

The naming of each episode of the series is also surprising. Director Tarantino can be remembered. Like his picture, different episodes have been given different names here. Such as ‘fish thorn in the throat’ or ‘deepwater fish’. In this way, Anirban may have paid homage to his beloved director.

However, there are questions even in such fascination. For example, Madan is a dumb politician. Vote upfront. But he is not seen as facing any problems in the face of any campaign or opposition conspiracy in the face of the vote.

Yes, He has been told that he does not want to be slandered in the face of any slander. Yet his political activities did not go unnoticed except for banners hung in the streets. Which, of course, made the video an overnight sensation. There are some pitfalls like this.

But except for this, all that remains is a fascination. Macbeth was first seen in print in 1823. The drama that was written in the Middle Ages, how fresh it is even today, seems to be felt anew in the face of the temple.

Things like greed, bloodthirst, lust for power, guilt, conflict over possession of women are never old. So we have to go back to this great creation again and again. Gailpur is the real name of the world.