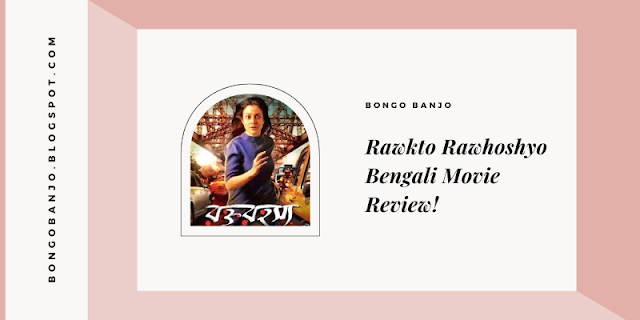 Covid-19's claw claws all over the world, the long lockdown overcame everything and the cinema hall opened before Pujo. After that, a bunch of pictures were released in Pujo.

I was also shocked at the release of this puja Bengali film. Entering a multiplex in Salt Lake City, the traditional picture did not catch my eye. The surroundings are a little too empty. Very good sanitation system, thermal checking. Even then, there was still a long way to go.

I went to the theatre and had a strange experience. Which has never happened before. I was the only one in the audience. The hall is empty. If you do not do how much is possible! But in the midst of all this, the good news is the only new Bengali film in Pujo, it is also a pleasure to visit the theatre again.

For the first time since becoming a mother, Koel Mallick is struggling desperately to find the child and solve the mystery of blood on the big screen. She has just become a mother. Within a few days, Koel alias Swarnaja shook the screen to get the child closer. Swarnaja is a radio jockey by profession. A character that is neat, simple, modest, humane. Incidentally, the mystery goes along with his simple life.

The mystery surrounding blood! Or blood in secret? There is a fog in the name of the picture from the very beginning. Does this blood indicate a bloody war? Gives a hint of a wound? Or walking in an opposite direction and talking about blood ties? The mystery lives on. The mystery of blood begins to unravel slowly with the picture.

Life is Swarnja with Dimma, her father, and her world of work. 'Rawkto Rawhoshyo' is a mother's fight, but also the fight of a daughter who has lost a mother. The story of faith, again the story of breaking faith. The dream is not softer than the wool of a sweater, it is also a story to prove it but this picture says. In the same way, 'Swarnja' Koel has repeatedly explained on the screen that being a mother is not a word of mouth. 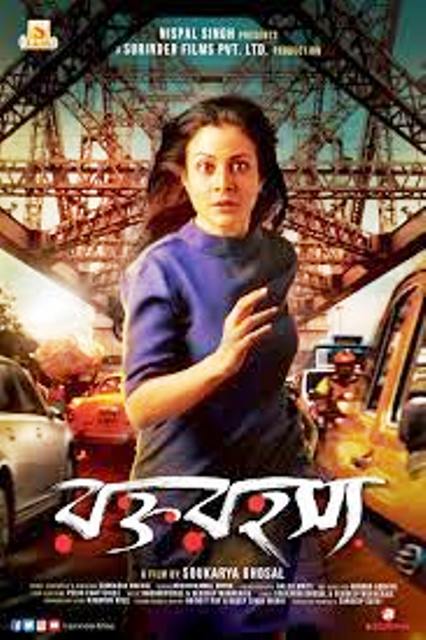 Koel that was seen throughout the picture turned out to be much larger than before. Just like the viewers saw 'Mitin Masi' Koel in Pujo last year, it is as if he has taken the mature idea further in this film.

She has used the opportunity to stay on the screen all the time in this film by acting in Venture. The speed of Koel's acting has dragged the film.

In this thriller, the emotion also turns. The expression in the eyes of the quail that we saw in the 'First Look' of the film while standing with the newborn in his lap, comes back in the same way in the scene of the film.

Extraordinary Ritubrata Mukherjee in the role of Babai. Ritabrata with the usual smiling face was found throughout the picture. Calling the gold of the screen Didi, the father has explained the value of a brother-sister relationship.

Above all, her sister Swarnaja has introduced her father to the audience in a different way. In small roles Shantilal Mukherjee, Kanchana Maitra, Basavadatta Chattapadhyay are appropriate. Chandan Roy Sanyal was found in a different role in this film. He showed again how expressive Chandan can be.

Lily Chakraborty as Dimma may remind many people about their grandparents. There is a smooth, innate quality of love in this dimma. Jayaraj Bhattacharya is quite good in the role of a police officer in this film. Radio jockey-host Mir will be seen in a special role.

Looking at the pictures, I remembered the fight for another mother's child. And while writing I also found some similarities. Another actress Aishwarya Rai Bachchan returned to 'Jazba' in 2015 after a long five-year maternity break.

In that film too, there was an indomitable struggle of a mother to get her lost child back. 'Rawkto Rawhoshyo' is Koel Mallick's first released film after becoming a mother. Coincidentally, we got Chandan Roy Sanyal in both films.

The song in the picture is saying, but is depression far away when the mind is full? The answer is 'Rawkto Rawhoshyo'.

The weaving and untying of the web of mystery in the movie lean a lot on the background music. Rawkto Rawhoshyo's background music has failed to complement each other except in a couple of areas.

It is often seen that many things happen around us which have no explanation. In the same way, there is probably no explanation for what a mother can do for her child, only the desires of mothers are very different. As I was thinking about it, I came across a picture that read, "The Heart Wants What It Wants; There's No Logic - Woody Allen."

Director Saukarya Ghoshal's third film 'Rawkto Rawhoshyo'. However, those who have decided to face the smell of mystery with the blood, will not get the very high voltage mystery.