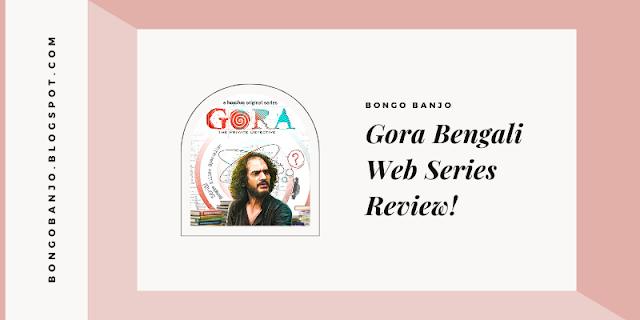 Now, on both the big and small screens, the mystery of who did it - the market for detective stories is good. Young director Sayantan Ghoshal has been involved in such activities since the first film. There is no denying that after seeing this "Gora", his hand is now quite strong. However, screenwriter Shahana Dutt's involvement in making him strong is a lot.

Gora Sen, a police detective who is almost always forgotten, is in charge of investigating unusual incidents like the murder of well-known writers with the nib of a pen, removing the teeth after the murder, and arranging nibs there. Gora's future brother-in-law Sarathi accompanies him in the role of assistant and driver.

Gora Sen is a detective like a bold detective. Again, he reveals the mystery of the murder through singing. Not a little, a little too crazy. He can't remember almost anyone's name. One person is called by different names at different times. But Gora Sen's memory like a computer disk is perfect, alert. 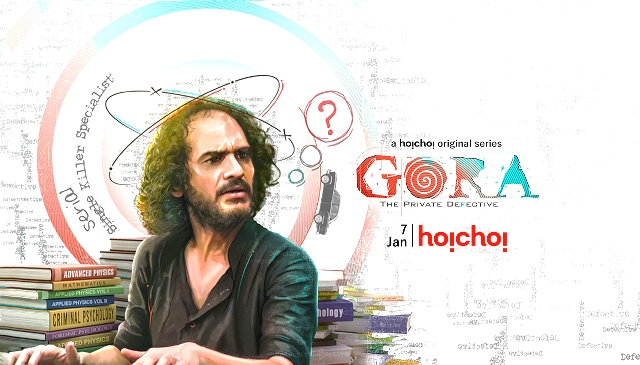 The bottom line is that Supriya, a young writer, died in a car accident after failing to ‘communicate’ with three eminent writers to get her writing published. Although he gave some hints to his brother in his death statement, he became insane over his sister's death.

Meanwhile, a few days later, two writers known as Supriya were killed bizarrely. Gora Sen told the police after the investigation that the third writer would be killed in a day, warn him. At the tip of the police's nose itself, but on the appointed day the writer is attacked. But the killer can't do the real thing. Somehow the author gets saved.

The character is of no use in the main story except to get a future wife of an unmarried Gora by covering the story of a dreamy young woman with the detective to catch the killer.

However, Ishaa Saha has made the character believable by acting very naturally. However, much of this mystery story, arranged in eight episodes, seems isolated.

Who or what is the killer will be known in the "End" episode. Ritwick Chakraborty alone is enough to make his previous seven episodes interesting to the viewers! His brilliant performance of madness seemed to bring another priest before us.

But still, the question remains - how can a person who forgets his name every moment, can't remember whether he ate or not, keep his brain-computer so finely active? And such a person can't become a successful detective! Can such a detective Gora be made popular with the audience only by forgetfulness and madness?

Gora will have to rearrange to keep this series going. Gora's concluding rhetoric on who or what the real killer is is not so intense. The whole story, with its hints of collective murder, seems to be more complicated and beyond argument, just "gossip"!