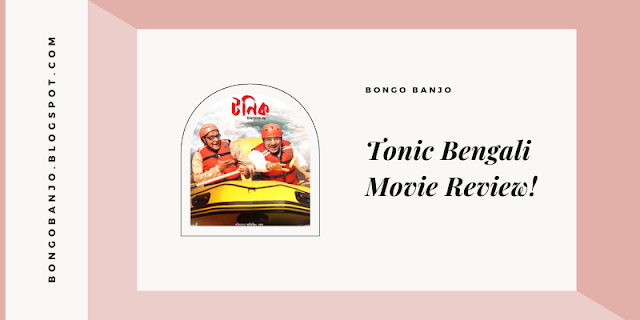 Hello, Bengali movie lovers today our topic is Tonic Bengali Movie Review. If there is a movie 'Tonic' before Christmas, how about a duet of Dev Adhikari and Paran Bandopadhyay?

Nowadays, just like we are playing games, fairs, festivals with all the problems, hardships, sufferings, deprivations, complaints in life, this film is a 'Tonic Film'.

Family with pictures of son Perth (Neel), aunt (Kaninika), and granddaughter of Jaldhar (Paran Bandyopadhyay), and his wife (Shakuntala Barua). For the last 48 years, their desires have been suppressed by the very careful look of parents towards their son. After his retirement, Jaldhar's life, in particular, was limited to 'wife's burn at home, son's gossip, stomach ache and night blanket'. The boy wants to celebrate the 47th wedding anniversary of his parents on the roof of the house. Preparations also began. But the son and wife have made their wedding anniversary in Bangkok.

Jaladhar decided with pride, this time he will also go abroad to celebrate his wedding anniversary. His decision was prompted by a young travel guide, Tonic (Dev).

The intelligent, agile, always-smiling tonic, however, could not pass Auntie (Shakuntala) 's passport in the end. But "Tonic" again took them to the hill country of Darjeeling without informing anyone at home.

The first episode of the film takes a little longer. In preparation for the wedding anniversary, the presence of Barababu (Rajtav) ​​of the police station in the police investigation for the arrival and departure of the caterer, decorator, or passport has increased, especially the ‘fostinosti’ of Bishwanath and the housemaid is very jolly comedy. 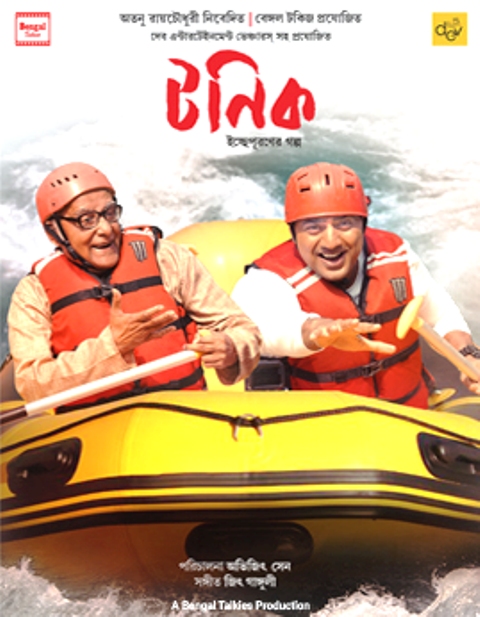 On the contrary, the viewer enjoys the gradual development of a "tonic" relationship with the elderly couple after they leave home.

It is the ‘tonic’ that evokes the joy and excitement that has been lingering in the old Jaladhar for so long. Seventy past leaves the man rafting, paragliding, and even the hardest rock climbing with a vocal tonic of excitement.

The old man seems to get back the new joy of a lost life after so long. The wife is also very happy. Meanwhile, the police search for the missing parents as well as the 'missing' advertisement in the paper also came out under the supervision of the boy.

But in these four or five days, the tonic has almost taken the place of a child in the minds of old people. He arranged their wedding anniversary at a hotel in Darjeeling.

Needless to say, what will happen after the old father regains his youth and loses consciousness while dancing? Happiness is the end, along with some dramas and super-dramas, the sweetness of the film is completed by eating the tonic of joy.

Whether it's a tonic-like character in reality or not, he also has a sad past, tickling the audience's sentiment with the formula. But yes, it is possible to get a taste of ‘Tonic’ once in a while to get clean, purposeless pleasure and spend time.

Especially Paran Bandopadhyay's unique general acting mixed with sweet and sour and to see another Dev out of the image of a superstar! Dev, or Paranbabu, the viewers may argue about who will give higher marks after this film.

The songs composed by Jeet Gangopadhyay are sung by Anindya Chattopadhyay, Anupam Roy and Nachiketa but the artists like individuality.

The last picture of the year at least showed that the picture of the Bengali business genre is still family and family centered. In the feature film, the new director Abhijit Sen said that he feels the mood and mood of the current audience is good. The film also has a clear reflection of it.Read More Web Series Review: Gora Bengali Web Series Review!