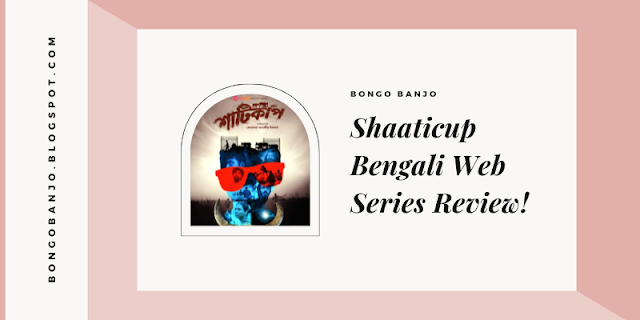 Shaaticup starts calmly enough — two young guys in the centre of a riverine environment at night, staring out towards the horizon – before launching us into turmoil.

We're in a different sort of riverine setting a few moments later — broad plains made by deposited silt – where a pair of criminals hide in the long grass, prepared to attack a group of cow-herders. We soon find ourselves in the back alleys of a vast slum network.

The episode comes to a close with a suspenseful sequence set in a train station. It's about these drug peddlers who are attempting to sell their wares; the authorities are on their tail – but you're still not sure where this is all headed.

'Shaaticup maar,' Babu instructs Fazu, till a character uses the key phrase. Fazu is in hot water after Babu failed to deliver the 'maal' he promised. Babu runs out of money as well, and Fazu now has to save his ass from the local gang he promised.

What Babu is advising him in a Rajshahi dialect isn't exactly to 'go underground' – that's for the big boys, and this is a narrative about the low-level men – but rather a much more substratum, localized version of it.

We see this 'hideout' later in the series: a large, spreading tree in an area of woodland directly in the backyard. (It provides a safe refuge for Fazu, except when he comes down to take a dump and is seen by the gang, resulting in his being chased without getting his ass cleaned, a sequence set to the rap-metal title track.) 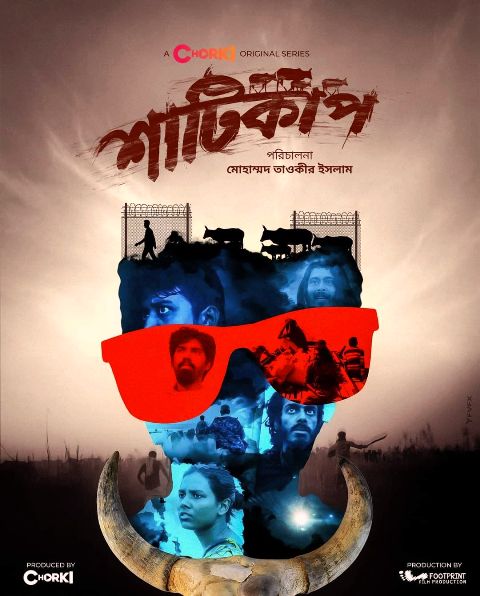 It's a clever and amusing element that reveals a lot about the show: Shaaticup operates in the bottom echelons of the drug trade in a specific area of Bangladesh, delving deep into the geography - a construction site connects to a pond, a rampart goes to the river, and heroin is delivered through smuggled Indian cows.

The two guys we see in the opening shot, Hannan and Joynal, have gotten their hands on a shipment belonging to Sohel Bhai, the ruling drug lord. Sohel Bhai now has a top investigative officer working for him, and he has dispatched all of the police's resources to go after these criminals.

(It’s never made clear if the officer’s team members are in on the plan with him, although this is a pretty no-nonsense, hellish portrayal of the police, some of who are shown smoking marijuana with the matter of fact ness of a regular smoke-break).

But that's the idea of the programme, and the eight episodes, each lasting around 20 minutes, are about how they keep slipping away, one-upping them every time they get close to capturing them. In the penultimate episode, a subordinate informs the officer that the men they've been hunting have been hiding right beneath their nose the entire time.

'All the information we need is in this 200 metres,' he adds, causing a spectacular breakdown. All roads lead to the title, which, with its phonetic ring and the strange sense of vernacular poetry, lights the series. Shaaticup is more about the intensity with which the thing unfolds than it is with the narrative or even the characters.

The incredible rhythm with which it unfolds is reminiscent of a hot hip-hop song launched by the new guy down the block, an R-Rated series with Q and then Anurag Kashyap at the top of their thank-you list in the closing credits.

The music is present not just in the dialogue between the characters, but also in the visual language used by the director and cinematographer Mohammad Touqir Islam to keep us interested throughout the film's two hours and forty minutes long.

A scene of morning toilet routines is transformed into a silent comedy using a combination of rhythmic cuts, sound effects, gesture, and camera movement, rather than by physical acting.

What should have been a standard bike chase sequence under nocturnal lights of the city becomes a riveting stretch of action film making, because Islam has the idea to play around with frame rates and make it visually interesting.

Recently another Bangladeshi web series has fascinated us. If there was a big name behind this web series, we probably wouldn't have made today's article.

The only reason we make this video is that we want to give courage to some young dreamers. I want to let them know that they are not alone in the path of the friend they are walking on. We are all with them.

Shaaticup Upcoming Indian Bengali  Language Web Series. This Web Series is Full of Drama & Romance Based. Shaaticup Official Release 13th January 2022 Then You Can Watch Online Only On Chorki App.