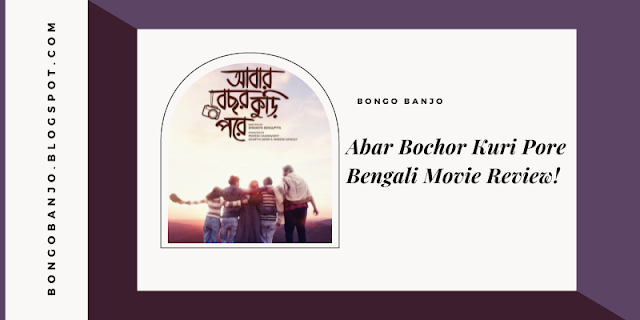 The most awaited film "Abar Bochor Kuri Pore" was released. Srimanta Sengupta was in charge of the direction. The film stars Abir Chatterjee, Tanushree Chakraborty, Rudranil Ghosh and Arpita Chatterjee in the lead roles.

The first look of the film, the trailer, the song, everything was full of excitement in the audience. The film recently premiered in one of Kolkata's theatres. The film's crew, directors and musicians also appeared at the premiere.

A group of friends stood on the hillside with their hands on their shoulders. The sun is setting in front. The first look of director Srimanta Sengupta's film was released on the day of friendship. The whole photoshoot is in the hills.

What if you see 'Abar Bochor Kuri Pore' of friends who are busy in their own lives and have forgotten to live? The director weaves the story of the film in such a different context. A whole movie about how friends in different cities overcame all adversity and get together.

Will the lost friendship come back after so many years? Or will no one leave the family ignoring the call of a friend? This is the question that comes to the mind of the viewers again and again in the trailer.

According to the viewers who have already seen the picture, this movie will bring back the memories of the school. 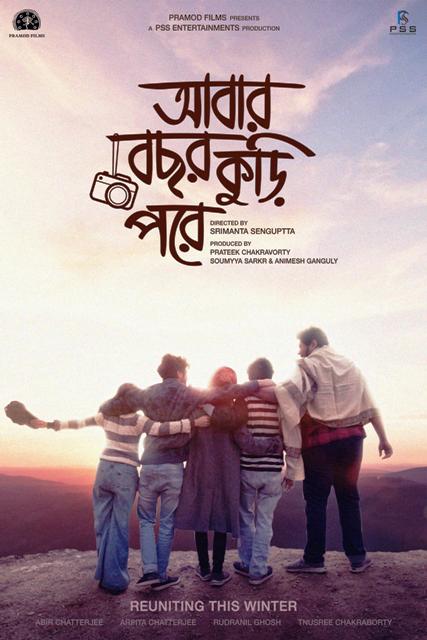 How is a teenage friendship after twenty years? I do not remember the good moments coming from the upset crowd! This film will tell that story.

Jibanananda Das’s poem ‘Kuri Bochhor Pore’ speaks of the reunion of two lovers. But the new Bengali movie "Abar Bochhor Kuri Pore" will tell the story of the reunion of old friends. The teaser of the movie was released on Wednesday. The film will be seen on the big screen on February 19 at the beginning of the new year.

How's the teaser? "Abar Bochhor Kuri Pore" will tell the story of four friends. What exactly was seen in the teaser? Phone conversations of two friends can be seen there.

Arun and Dutta are childhood friends. Arun is happy to meet again after all this time. But then his face became serious. Because Dutt wants his two girlfriends Bony and Nila to be in the reunion. Nila is very worldly. Mother of two children.

On the other hand, Arun says about Bony, "If he knows I'm in Calcutta, he won't come here in his life." And this is where the curiosity starts to build. In the end, what this reunion will awaken is the past hidden in the fog of time.

Will change the course of life? Does school-age friendship change in the long run? There is no way out except to wait until January for answers.

Rudranil Ghosh can be seen in such a story of lost friends and friendship in the month of reunion after a gap of twenty years. And also saw the movie ‘Abar Bochor Kuri Pore’ Tanushree Chakraborty, Abir Chatterjee and Arpita Chatterjee. Also seen in the film are Arya Dasgupta, Pushan Dasgupta, Tanika Basu, Divyasha Das.