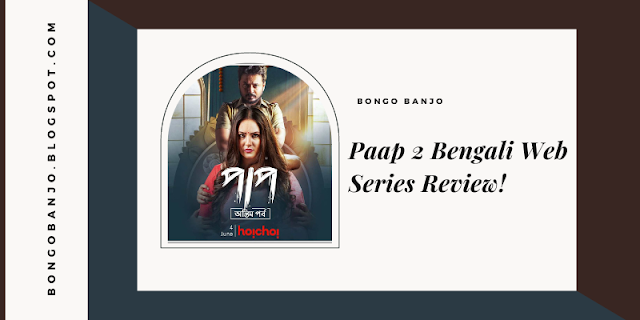 Hello, Bengali web series fans today our topic is Paap 2 Bengali Web Series Review. Paap Season 2-Antim Pawrbo is a well-written murder mystery, with an ending that will surprise You.

What About the Story of "Paap 2-Antim Pawrbo"?

Parboni (Puja Banerjee), called Paru, comes to Palashpur's huge Choudhary household, bearing terrible secrets from the past with her.

In Season 1, two murders took occurred in the massive home. All of the terrible killings in Season 2 are somehow tied to Paru and her background in the mansion, as the string of murders continues. 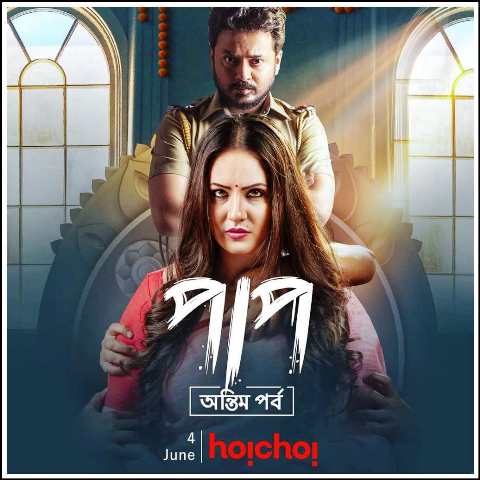 Paru, on the other hand, has no recollection of her history due to a recent injury. Inspector Haldar (Rahul Banerjee), a police detective, is baffled by a string of killings that all follow the same pattern.

The suspense builds for five episodes, culminating in a shocking climactic twist. Joydeep Mukherjee directed Paap: Antim Pawrbo, which was written by Ayan Chakraborti and produced by SVF Films.

What About The Performances of Cast?

As Parboni, Puja Banerjee is mysterious and otherworldly. She imbues her act with a powerful sense of mystery, lending the storey mystical undertones. Antim Pawrbo is the heart and spirit of Paap Season 2.

Inspector Haldar is excellently portrayed by Rahul Banerjee. He emotes naturally, effectively communicating his character's characteristics — overbearing and rude at first, suspicious and high-strung in later episodes, and genuinely scary in the finale.

The remainder of the actors has done a good job of conveying terror and apprehension without going overboard.

The tension is maintained far into the latter episodes thanks to the arrival of the intriguing character of the household's son-in-law and the unravelling of his secret. Only in the final episode does the plot get a little shaky.

The plot does itself a disservice by giving away key indications about the killer's identity right at the start of the last episode. The ultimate revelation, on the other hand, is incredible — even from close quarters, you wouldn't have guessed it!

Paap 2: Antim Pawrbo faces a tremendous challenge in trying to live up to the expectations established by Paap Season 1.

Paap Season 1 was an engrossing season, rich with mystery, intrigue, and mystical elements. Paap Season 2 comes close to duplicating the eerie vibe that made Season 1 so popular.

The plot is kept compelling by the quick pace with everything happening at breakneck speed. The killings' pattern - the identical key discovered in each victim's stomach, a balled-up piece of paper pushed into their lips, heralding the beginning of a new chapter in what Inspector Haldar refers to as the 'Book of Death' – adds to the mystery.

Subho Pramanik composed the background music for Paap Season 2: Antim Pawrbo. It's cryptic and atmospheric, and it sets the tone for the tense tale to unfold on screen.

The composer has done a wonderful job, especially considering that most Indian murder mystery shows feature loud, over-the-top background soundtracks that irritate you.

Tuban's cinematography is adequate, and it doesn't add anything to the tale. The editing by Arabinda Dasgupta is also good.

Paap 2: Antim Pawrbo is a decent watch overall, especially given the short runtime — five episodes, each 26–28 minutes long, essentially equaling the length of a feature film.

You could watch the entire season in the same way you would a suspense or murder mystery film.

If you've seen Paap Season 1, you'll have a stronger sense of the narrative's mystique and intrigue than if you only watch Paap 2.