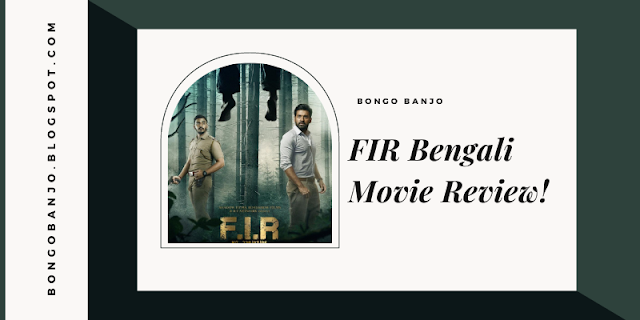 Ankush Hazra is amazing in one word. His performance has made Abrajit's character believable.

The place is a hotbed of corruption and criminal activity. Stage of anti-social activities. One murder after another like poison on his knees. Mystery nests. Who is involved with this? What enmity? What is the motive behind the murder? Nehatai power struggle or revenge burning fire?

Though the original story was conceived by Abhimanyu Mukherjee, the story, screenplay and dialogue are the director's own. Aniruddha Dasgupta in collaboration with this.

At the centre of the story is a place called Raghunathpur. There was one murder after another. But the local administration is quite indifferent to its far side! They are just wooden dolls for the temptation to earn more and for fear of life! Mafia Bhagiratha Mishra of various dishonest deals tied the thread of his finger.

Abhrajit Dutta, a young officer of Lalbazar Crime Suppression Branch, arrived in such a messy expressionless situation. Ankush Hazra is quite suitable for that role. According to the rules of the story, he is a hero.

Honest, dutiful, courageous, intelligent. On the first day, he got a glimpse of the situation in the area. After that, he started fighting against various obstacles and adverse situations. 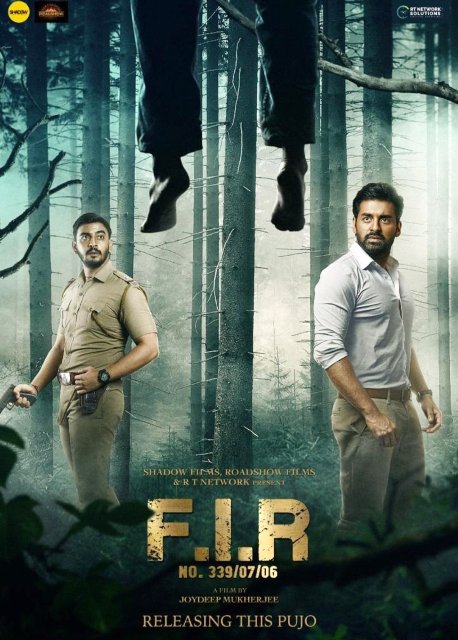 Actor Bonny Sengupta in the role of Sub-Inspector Naren of the police station is almost in the same place as the hero in the film. From the point of view of the story.

There is a bit of a breakdown in his character in the screenplay and dialogue. The impression of that effort is clear in Bonny's performance. In some places his humorous moments are great.

However, next to the seriousness and attitude of Ankush Hazra's character, he seems to be comparatively less fluent. Ankush Hazra is amazing in one word. His performance has made Abrajit's character believable.

Ritabhari Chakraborty is seen in the role of Esha, a doctor in a local hospital, in the film 'FIR'. She is the heroine of the film. It is necessary to give one's own opinion about the autopsy and forensic report of the murder with which the protagonist talks.

Although the character is multidimensional in the form of the story, there can be an argument about how much he has been able to match himself. However, he has adapted to the character of Esha.

Falak Rashid Roy has played an important role in a sex worker named Shiuli. The impact of his character in the story of the film is such that he could have surpassed the character of the heroine. In reality, of course, that did not happen.

Undoubtedly, Anirban Chakraborty has done justice to his reputation in the role of Officer-in-Charge of Raghunathpur Police Station. As expected in terms of his other recent work.

And of course, we have to talk about Shantilal Mukherjee in the role of Mafia Raghunath Mishra. Impeccable. The audience will remember the etiquette starting from the way he talks.

I like Rupanjan Pal's camera work in the film. There are some nice places with him in the movie.

A little weakness of the film is his song. A film of two hours and thirty-five minutes might have been twenty minutes less. This is the first time that Priyanka Bhattacharya, a popular face on the small screen, has been seen on the big screen.

In the film, she plays the role of Esha's sister Disha. Besides, Kaushik Chakraborty, Kriti Kanjilal, Jayant Hod and others have perform.

Viewers are familiar with two popular ways of telling the story of a thriller movie. One- where the killer is, even if the viewer understands, he is not going to be caught in the movie at all.

And two - being killed, but there is no way to understand who is doing! There are multiple suspects there. In the case of 'FIR', attempts have been made to leave the link of multiple suspicions. You have to look at the movie to watch if the tension is finally captured in the movie.