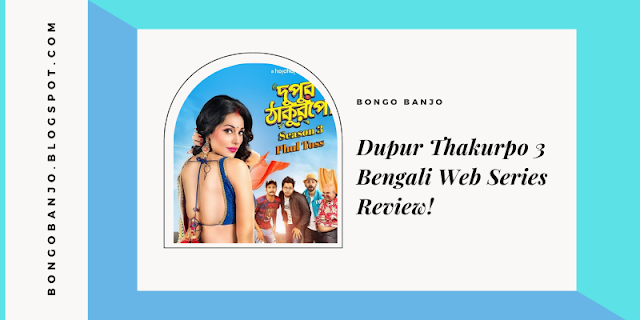 Hello, Bengali web series fans today our topic is Dupur Thakurpo 3 Bengali Web Series Review. After Uma and Jhuma Baudi, a new Baudi is coming in the new season of 'Dupur Thakurpo 3'. Although the face of the new actress was hidden. This time he came openly from behind.

Efforts have been made again to punish Thakurpo. Baudi is tying the battle again. After Uma and Jhuma Baudi, a new Baudi is coming in the new season of 'Dupur Thakurpo 3'.

A glimpse of him was found in the poster. Although the face of the new actress was hidden. But all speculation is over. Character "Phulwa" is in the new season, and Flora Saini will be seen in this role.

The look of Phulwa Baudi of Flora Saini has come out publicly. At the beginning of the teaser. The third instalment (Dupur Thakurpo 3) is going to make rock like in the previous two seasons. 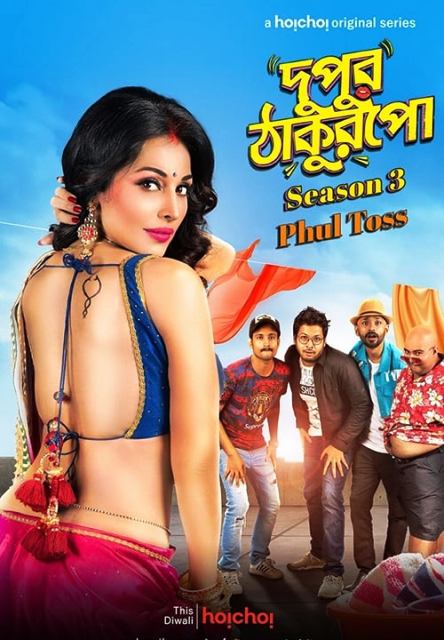 Flora Saini discuss with Mahendra Soni shortly after the 'Gandhi Baat' series became popular in Mumbai. Although he had doubts at first, after watching the first two seasons of the series, he lost his temper.

However, there is nothing similar about the third season (Dupur Thakurpo 3) with the previous two seasons.

Jojo Mukherjee will be seen in a special role. Shubh Pramanik is in charge of this series. The village girl Phulwa's story can be seen in this series.

Incidentally, Swastika Mukherjee was seen in the role of Uma Baudi in the first series of 'Dupur Thakurpo'.

Due to the popularity of the first series, Hoichoi returned with Monalisa (Antara Biswas) in the second season. Because after the first season, Swastika Mukherjee left the job due to unprofessional issues.