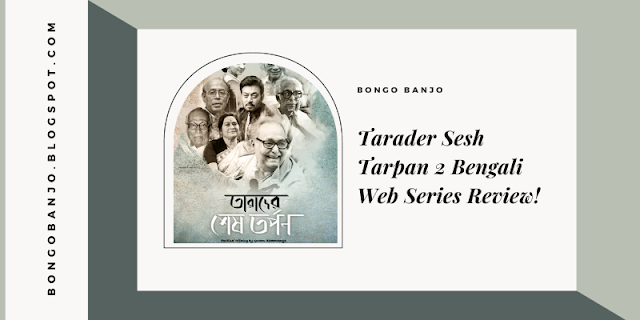 This is only name of web series or season "Tarader Sesh Tarpan 2". In fact, in words, songs, stories, the memory of a lost loved one. Which the Bengalis do in the morning of the mahalaya.

‘Hoichoi’ is its first screen reflection on the web platform, ‘Tarader Sesh Tarpan 2’. SVF and Windows Productions, two of Bengal's foremost production companies, are tying the knot for the first time.

Shiboprosad Mukherjee, one of the producer-director duo of Windows, said that many stars of the world of acting, play, song and management have fallen from time to time.

Their genius, their work, the common people have never been aware of their soul mate! From that feeling, it is the responsibility of the fans to pay their last respects. Which, of course, made the video an overnight sensation. "Tarader Sesh Tarpan 2" series or season was born from that thought. 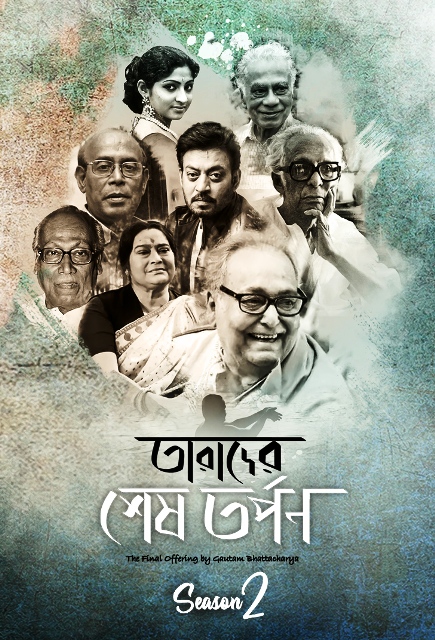 How is this tarpan being organized? In the words of Shiboprosad Mukherjee: "This work is inspired by the book 'Tarader Sesh Chithi' by journalist Gautam Bhattacharya.

One by one people will be remembered. Aritra Mukherjee is in charge of directing the series. On the evening of 18th September, Tarader Sesh Tarpan 2 will be shown on the evening of Mahalaya.

The role of atmosphere in such series is important. That is why Indradeep Dasgupta is in charge of this, so that the audience gets the best gift, "said Aritra Mukherjee.

Shiboprosad Mukherjee also agreed. Indradeep says, "Each story will have a different effect. Accordingly notes, the use of musical instruments can be heard. East and West may be together or separately. "

One story is 15 minutes long. The biography of the star will be the measure of the length of his story. In the series "Tarader Sesh Tarpan 2", viewers will be able to see and know the stories of eight or 12 stars in one, the addition of Aritra Mukherjee.

Those who will be remembered will be universal in their talents by climbing the fence of country and time. Therefore, Shiboprosad claims, the world Bengalis will be satisfied to see the latest form of mahalaya tarpan on OTT platform called "Tarader Sesh Tarpan 2".