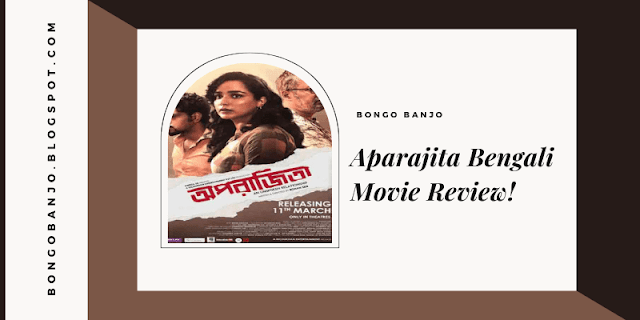 The father (Shantilal) loves the older daughter more, the younger daughter (Tuhina) less - an idea and belief that started at an early age and the relationship between the two was strained.

Growing up, the wall became almost as impenetrable as the Great Wall of China. Why such arrogance? The idea of a little girl, the father was busy with office and club chat in his working life did not give much time to mother and daughter.

Didi is an expatriate after marriage. The untimely death of the mother due to the negligence of the father, the belief that the two began to turn silent arrogance.

However, after a while, it was understood that the father-daughter relationship will be normal, but tragic consequences are inevitable. Even so. The picture begins with the death of the mother, then the death of the father (or suicide ? which also had a hint).

Sometimes it finds a place in letters or diary writing style. It cannot be said that going to the past four years ago or occasionally returning to the present has always been a matter of continuity.

Some of the aerial shots of the city of Kolkata (especially the EM bypass) were shot on drone cameras and three or four uses were not understood. The issue of misunderstanding between father and daughter was also limited to diary writing pages. 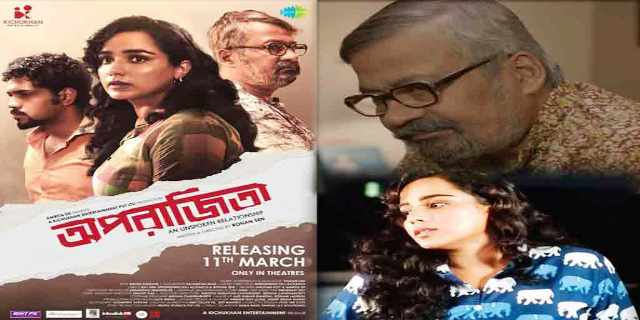 Young director Rohan Sen does not have the cinematic grammar skills required to establish it visually.

Undoubtedly, he thought of making a picture with such a complex emotional relationship, knowing his limitations! Where now almost everyone is busy trapping movies with thrillers, detectives, mystery stories.

Rohan has at least made a different picture there. He has to be applauded for this.

Nowhere in the presentation of the film is so much exaggeration, quite measured work. The song is sung by Anupam Roy, and the atmosphere is a strong point in the film. But there is no match between him and the camera.

This is where the shortcomings of young managers come from. They are thinking about the subject, but they are quite inexperienced in bringing that subject to the screen cinematically. This is where the trouble is happening. Think about it before making pictures.

Taking shots requires careful thinking about the shots. However, "Aparajita" is an exception in the crowd of countless Bengali films, and that is why this genre should be supported.

Shantilal Mukherjee and Tuhina Das have given their best in the two main roles. Shantilal is an experienced actor, he is quite restrained and real. Tuhina is also quite fluent, normal, and tries to capture the heart of the character. And also successful.

How will he cover the weakness of the screenplay? Cinematography director's medium, actor props only! So "Aparajita" did not become a movie, just telling a story!