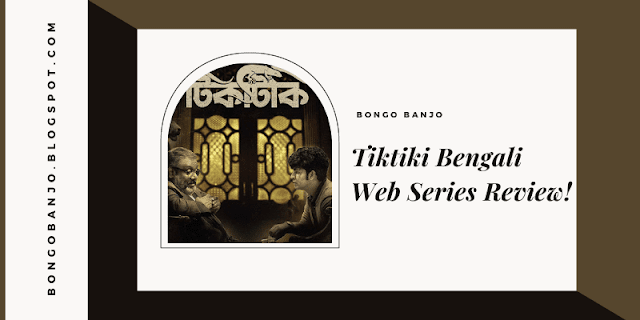 From the movie to the stage. Then became a telefilm web series. Expectations surrounding the new look of Tiktiki, the Bengali translation of Shaf's play 'Sleuth', were skyrocketing from the beginning.

Soumitra Chatterjee, Kaushik Sen's dramas and telefilms on Bengali nostalgia, not British films. Satyasindhu Chowdhury and Bimal Nandi's duel has changed this time in the fight between Soumendrakrishna Dev and Milon Basak.

Kaushik Ganguly and Anirban Bhattacharya. After the release of the trailer, the two powerful actors of this period started to mercury normally. But in the end what is the expectation of the audience?

One thing needs to be said at the beginning. 'Tiktiki' is different from all the other recent web series of ‘Hoichoi’. Because the comparison with the famous drama form will come to the minds of those who saw it.

This is a new web series for a whole new generation. Where there are only two characters in 7 episodes! The pace of the story has to be maintained with them. This pair of challenges was fruitful from the beginning.

In Soumitra's play, the story begins in a very nostalgic style. He is reading a newly written detective story in a room crammed with his giant and various board games. Then Kaushik's character entered the story.

Soumendrakrishna Deb, the representative of the elite Bengali society. Blue blood on his body. But his wife Mimi is fascinated by the meeting of 'Shankhari's son'. Gazette's business is on the side of qualifying Polytechnic. 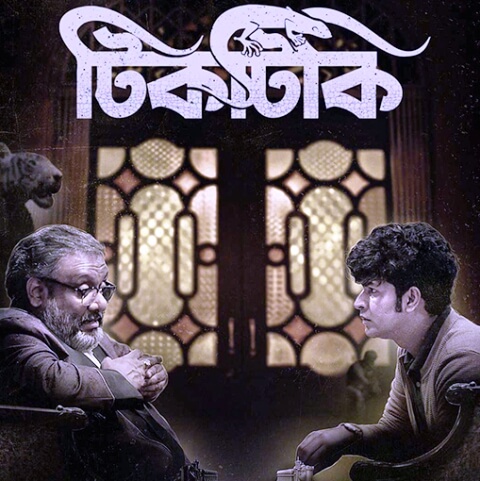 Gradually the story begins to unfold. Speed ​​comes later. But at the very beginning of the web series, the scene of a car being driven on a dark road by a drone shows that director Dhrubo Banerjee wants to keep the thrill of the story in full from the very beginning.

The ‘Tiktiki’ is not just a male conflict surrounding a woman. It is a struggle of two classes of society. The conflict of the proletariat with the feudal lords is another narrative. Soumendrakrishna is alone in the gigantic palace.

He has given leave to all working people. He wants to sit face to face with this boy named Milon. However, he claims that he is unhappy with Mimi. So if he marries Milon, he has no objection.

Instead, he wants to give his wife a necklace as a gift. That necklace of 50 lakhs but Milon has to be stolen! Reunion is yes. What kind of game is this again? Is this just a game? Or is there a conspiracy behind it?

To say more than that means the arrival of the spoiler. Suffice it to say, Soumendra Krishna and Milon's brainstorming continues throughout the entire series.

Kaushik and Anirban want to fight shoulder to shoulder as representatives of two different societies, different generations. But that seems to stop the pace of the story. The screenplay of the film is very strange.

At the very beginning of ‘Tiktiki’, when it was normal for the story to unfold slowly, the story progressed almost hurriedly. The story is already quite larger than life. The director seems to have made it incredible by telling that story quickly. Kaushik Sen's character was quite calm.

It was so easy for Soumitra's character to convince him by exerting influence on him. But the character of Anirban here is quite good.

Khoka's shadow of 'Dwitiyo Purush' has come in his dialogue and body language. It was probably normal for a person with such a character not to believe in the strange proposal of the lover's husband.

The story of ‘Tiktiki’ became somewhat enjoyable in the second episode of the story. From this time Kaushik's performance became more intense.

But Anirban did not seem to be able to do any justice to his character. In the moments when Kaushik was given an ace, his expression seemed to be too much in many places.

The way the series ended is pretty good. It can be said that there is more complexity here than in Soumitra's drama. The darkness seems to deepen. Depression seems to be a little too much.

Agatha Christie's world-winning detective Ercul Poirot has a dialogue, "Life is the only one of the great illusions." This seems to be a tragedy in the life of Soumendrakrishna.

But still why not fill the mind. Kaushik or Anirban have tried a lot. Yet the ‘catharsis’ of the audience towards them does not grow that way. So the audience has to be disappointed. The speed of the screenplay is also a big factor in this case.

Without comparing it to the production of 'Swapnasandhani', it can be said that many people who are watching it for the first time, will also think about this. All in all, this 'dream project' of Dhruv Banerjee can be seen once. But without expecting too much.