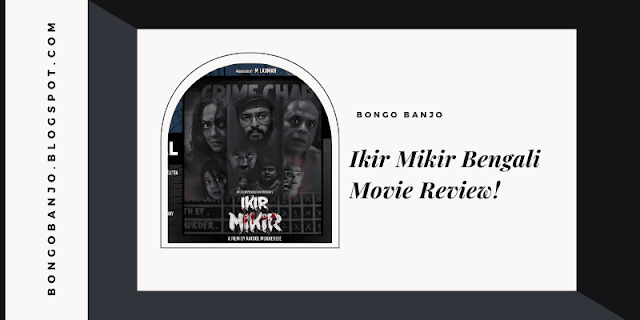 And like five thrillers, the story revolves around a murder. In which formula did director Ratul Mukherjee's first full-length film differ?

The mystery surrounding the murder of a security guard. And finally, catch the killer. So far, there is no difference between 'Ikir Mikir' and five other thriller films. The film has just been released on a new web platform.

The three main characters in the story are Rupanjana Mitra, Rajatava Dutta, Sourav Das. But in which formula did director Ratul Mukherjee's first full-length film differ?

In the words of Rajatava Dutta, “The details of the incident change in the eyes of three suspects or witnesses in the film. 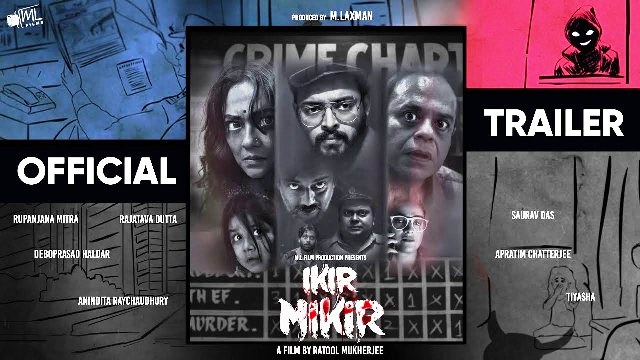 As a result, in the same film, the story is broken down into three ways from three sides. And the whole weaving is reached in mystery.

There is another story of taste ‘Ikir Mikir’. This genre of thriller has not worked before, it is not. But comparatively much less. ”

At the beginning of the movie, a security guard of a house was killed. The investigating officer is confronted by the characters of Rajatava and Rupanjana. They are the two main suspects in the assassination.

Sourav Das in the role of investigating officer. Devprasad Haldar is the guardian. Other characters in the film include Anindita Roychowdhury, Apratim Chatterjee and other actors.

And it turns out that the two are giving completely different accounts of the same incident. As the investigation progresses, the statements of the two continue to change. The guard will cut the net and reveal the secret of who was killed.